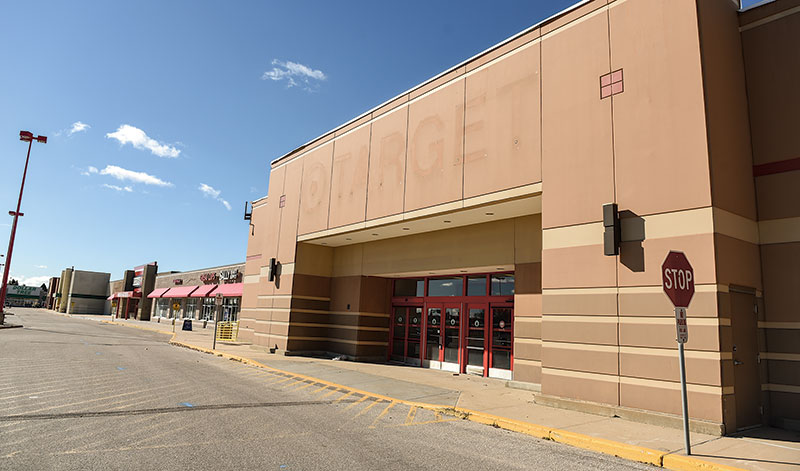 The Target building will be getting not one but two new stores with the announcement that Hobby Lobby will be coming to Austin in 2019. Eric Johnson/photodesk@austindailyherald.com

It looks like the craft store is indeed creating a path to Austin sometime next year.

Hobby Lobby confirmed with the Austin Daily Herald that a store location will be opening up at the former Target building on 1701 18th Ave. NW Wednesday morning, stating that the lease for the building was finalized earlier this month.

“At this time, we can confirm that a lease has been signed and we are estimating a March 2019 opening,” according to an email statement from Hobby Lobby’s corporate office. “The new store will be located in the former Target building. Hiring information will be posted on our website approximately six weeks prior to the store opening date.”

Furniture Mart USA owns the 90,000 square-foot property that formerly housed Target after purchasing the site in December 2017, and is the parent company to brands such as Ashley HomeStore, which is also moving into the property, according to a previous story.

It’s official, Hobby Lobby will be coming to Austin, filling a portion of the Target building sometime in 2019. Eric Johnson/photodesk@austindailyherald.com

Prior to Hobby Lobby’s statement, Planning and Zoning Administrator Holly Wallace had told the Austin Daily Herald on Monday that the city had received an application for a sign permit on Sept. 4 for an Ashley HomeStore, La-Z-Boy Furniture and Hobby Lobby.

Rumors sparked that the craft store chain would be coming to Austin after a job posting for a co-manager position had surfaced on the company’s website and on job sharing sites. Craig Clark, Austin city administrator, had also confirmed on Monday that Hobby Lobby had applied for a sign permit at the former Target building within the Austin Town Center strip mall.