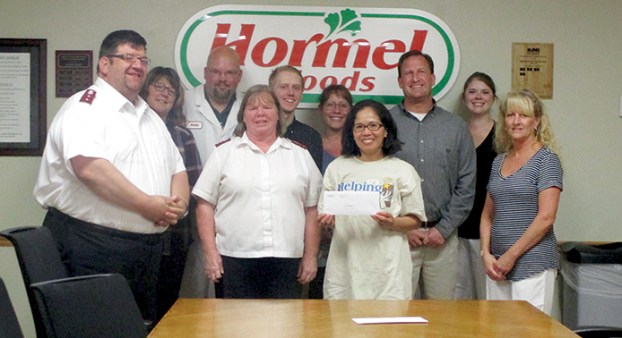 Hormel Foods Corporation recently announced that it had donated $5,000 to The Salvation Army. Photo provided

Hormel Foods Corporation announced Tuesday that it has donated $5,000 to The Salvation Army and $5,000 to Hot Meals on Wheels to fight hunger in the Austin community.

“We are inspired by The Salvation Army and Hot Meals on Wheels and their efforts to fight hunger in our community and we are honored to join them in that fight,” said Clint Walters, plant manager of the Austin Plant, through a press release. “I would like to thank our employees, whose dedication and hard work make it possible for us to help those in need. On behalf of Hormel Foods, we are impacting the lives of our neighbors with the power of food. We are excited to help do our part in making a difference.” 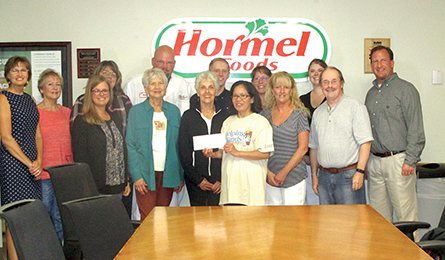 Hormel Foods Corporation recently announced that it had donated $5,000 to Meals on Wheels. Photo provided

This is the eighth consecutive year Hormel Foods has given funds to its locations to share with nonprofits in their respective communities to fight hunger. In 2017, Hormel Foods donated $300,000 to local hunger relief organizations in 30 U.S. communities, bringing the program’s total contribution to local hunger relief efforts to more than $2 million to date. Through this program as well as disaster relief efforts and other donations, Hormel Foods contributed $5.4 million in cash and product donations to help address hunger in 2017.

“Hormel Foods is committed to fighting hunger in communities around the world where our employees work and live,” said Wendy Watkins, vice president of corporate communications at Hormel Foods. “By working with organizations at a local level, our locations have found great success in helping meet their community’s unique needs to help end hunger.”