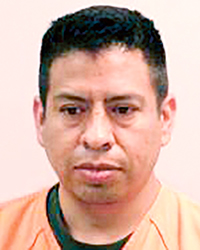 According to an amended court complaint, the victim and her mother met with an Austin police officer on Sept. 1 and reported that Carbajal had sexually abused the victim. The victim, who was 15, said it started when she was 12 and would happen when her mother was not home.

The victim told police Carbajal said he wanted to “teach” her something, the complaint states. The victim said the abuse happened multiple times and that Carbajal told her “this is what people do.”

The victim’s mother noticed she was acting differently, saying she would become angry, the complaint states.

On Sept. 22, police spoke to Carbajal, who denied sexually abusing the victim and said he had no idea why she would accuse him of doing so. He said that other people told him the victim wanted his attention.

Sentencing has been scheduled for Jan. 18.