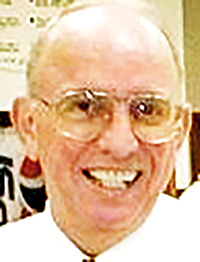 He was born June 12, 1943, in LeRoy, Minnesota, to Henry and Norma on the family farm. He attended country school. He graduated from LeRoy High School in 1961 and Winona State University in 1967 with a degree in elementary education. Gary married Sharon Elaine Byrd on June 28, 1963. His profession brought them to Battle Creek, Michigan, and Austin, Minnesota, where he taught fifth and sixth grade. He taught at both Shaw Elementary and Ellis Middle School in Austin. He retired in 1999. Gary enjoyed traveling, trout fishing, sports (playing and watching) and gardening. He was a prolific reader actually reading a set of encyclopedias from cover to cover. He also enjoyed reading anything to do with war history. Gary and his wife traveled extensively throughout North America, including riding a Honda Goldwing to Alaska. They were full time RVers upon retirement until 2006, when they built a home in Branson, Missouri. In 2008, due to his wife’s illness, they moved to Bemidji to be close to family.

He was preceded in death by his parents; wife; brother; and a daughter, Debbie Lynn Johnson.

Memorial services will be at 5 p.m. on Friday, Aug. 3, 2018, at the Olson-Schwartz Funeral Home with the Rev. Derek Claypool officiating. Family will greet friends one hour prior to the service at the funeral home. Burial of cremated remains will be in LeRoy Cemetery in LeRoy at a later date. An online guestbook is available at www.OlsonSchwartzFuneralHome.com.

Special thanks to the staff at Meadowlands Elder Care in Tenstrike, Minnesota, Hills Crossing Senior Living in Nisswa, Minnesota, and St. Croix Hospice.