Faribault man sentenced to 30 months for burglary; Suspected in burglaries from other states 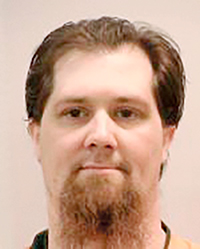 Chad Michael Larson, 41, of Faribault, was sentenced on Thursday in Mower County District Court to 30 months in the Minnesota Correctional Facility in St. Cloud for felony second-degree burglary-building-possession of tools. He received credit for 533 days served.

Larson was involved in a November 2016 burglary of the Freeborn Mower Coop gas station in Windom Township. According to court documents, a store employee said a burglar had entered through a door on the southeast side of the building and that an ATM and two safes had been forced open. The burglar had also damaged control boxes and cut wires for the store’s alarm system. Approximately $1,000 was missing from one safe, while $2,660 had been stolen from the ATM. Several packs of cigarettes were also stolen.

Surveillance video showed a white male wearing a bandana and goggles inside the building just before the power was disconnected.

Detectives from agencies in Minnesota, Iowa and South Dakota interviewed Larson about similar burglaries in their jurisdictions. Court documents state that Larson confessed to the burglary at the Freeborn Mower Coop in a 64-page transcript of the interviews.