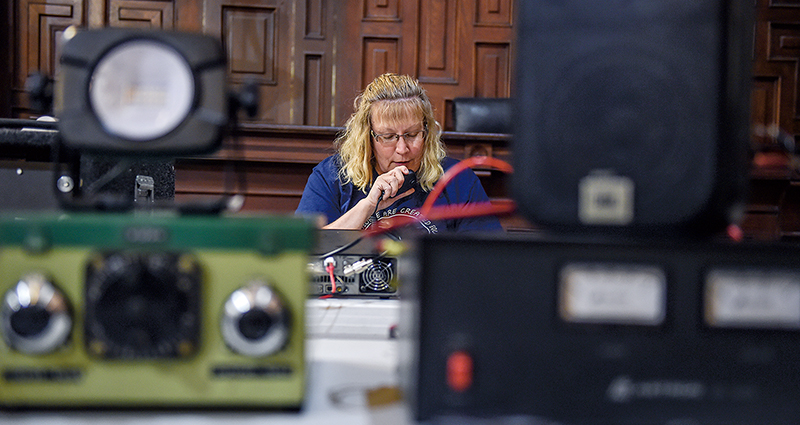 Motorists driving by the Mower County Historical Society this weekend may have noticed something out of the ordinary.

Near the entrance, next to the Pioneer Building, was a portable radio tower set up by the Austin Amateur Radio Club. The tower was there as part of the club’s annual Field Day. 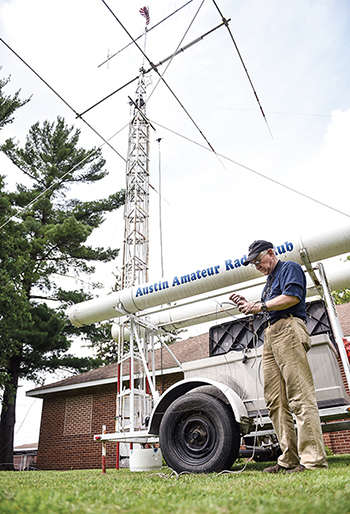 “All of the ham radio operators in the United States transmit and try to get as many contacts on all of the different bands on the different types of communication,” said club president Michael Hansen, who has been involved in amateur radio since 2006.

The Austin Amateur Radio Club made contact on varying bandwidths beginning at noon on Saturday and running into early Sunday afternoon.

Varying factors determine how many contacts can be made in that length of time. 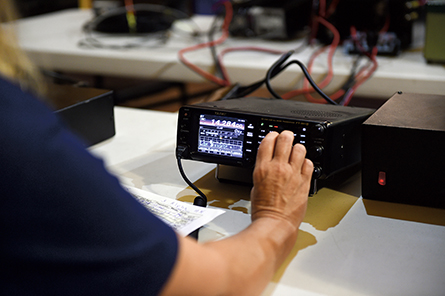 “It depends on if the bands are open,” Hansen said. “Last year was a bad year and the bands weren’t open, so we didn’t make a lot of contacts. It can be 300-500 contacts, but if the bands aren’t open, it could be 100 contacts. The sunspots have a lot to do with the band openings and how the different bands operate and how far you can get out.”

Hansen said they keep track of their contacts and the method by which they were contacted, be it analog, digital or CW (Morse Code).

But the Field Day had another purpose beyond making contacts. 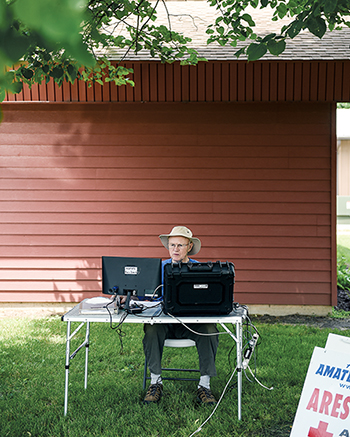 “It helps us keep ready for storm watching and storm spotting in the community,” Hansen said. “We’re set up to help whenever we can. Sometimes the Sheriff’s Office will call us out for help with communications. Sometimes the cell towers could get knocked out and this is the only way to communicate.”

“Storm watching can get pretty nasty sometimes, especially when you sit out there and get hailed on or it rains so hard that you can’t see,” he added. 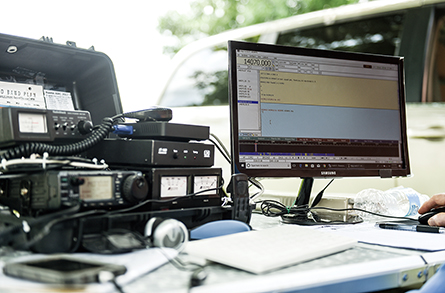 Vince Lynch uses a set-up that combines radio and computer to communicate, allowing him to type out responses to other ham radio operators.

“We test every quarter for people to get a new license or to upgrade,” Hansen explained. “The grades are technician, which is the first step into amateur radio, then there’s general class, then extra class. Extra class allows you to talk on all available bands while technician and general are limited to what they can talk on.”

The next test session will be in July at the Mower County Senior Center.

“It’s a good hobby,” Hansen said. “There’s a lot to do in amateur radio. You can talk all around the world. (Friday) night I talked to someone in Hawaii. I’ve talked to people in Europe, Canada, Russia, Mexico, and South America. The hobby is worldwide. There are so many options and we’re always looking for new members.”