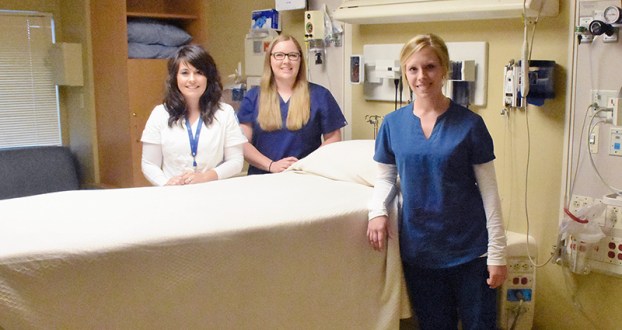 From left, Leslie Wollenburg, Kandi Winter and Allison Stark, all of Austin, will be getting new jobs in the Mayo Clinic Health System-Austin ICU, following their graduation from Riverland Community College’s nursing program. All were Mayo employees before entering the nursing program. Photos by DebNicklay/deb.nicklay@austindailyherald.com 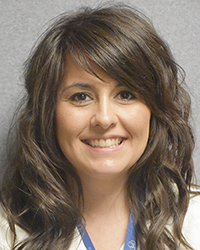 Many of Riverland Community College’s graduates today will embark on new careers in new places.

However, three of the nursing graduates will be staying right where they are – although their name tags will say something new.

All are RN nursing graduates who have been Mayo Clinic Health System employees for some time.

All said they were inspired to become nurses through their positions — and the people they observed — at Mayo.

For instance, Kandi Winter, 29, of Austin, has worked in the intensive care unit at Mayo as a certified nursing assistant (CNA) for seven years.

Leslie Wollenburg, 33, worked in the Mayo Clinic Store – that sells medical equipment and supplies – for over 9 years. And Allison Stark, 25, entered the nursing program after earning a radiology certification. 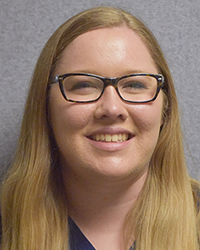 All three now begin jobs in the Mayo ICU. For Winter, it will be a return to familiar territory, but with new responsibilities.

“I just love what nurses do,” Winter said. “I worked with them closely (when she was a CNA) and they were a big part of why I wanted to become a nurse, too.”

Wollenburg also met a lot of nurses through her work in the store, where most recently, she has worked closely with those who need home oxygen therapy.

After training with nurses, she knows she is where she should be.

“It’s fast-paced; it’s different every day,” she said. “And it’s an opportunity to make an impact.”

Both Winter and Wollenburg have children, who played instrumental roles in their mothers’ decisions to go back to school. 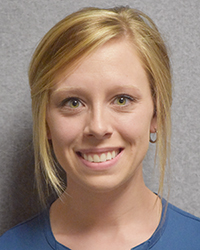 Stark went into radiology “right out of high school,” she said, but found herself drawn to the nursing program.

“I really like helping people,” she mused. “I believe everyone has a purpose, and helping people is one of mine.” She has also spent time as a hospice volunteer – and becoming a hospice nurse might be a future goal, she said.

“I would like people to know that there are opportunities to go back to school to pursue any number of jobs in the medical field,” she said, adding that Mayo provides $3,000 in professional development – others might call it tuition reimbursement – to help alleviate some of the financial stress. Mayo nurses, she added, have the opportunity to work in multiple locations and both LPN and RN nurses are needed.

Routh added that age is not an issue.

Orientation is extensive and Routh said nurses, with training provided by Riverland and through clinicals, are well-prepared to enter the field

“We have a very good partnership with Riverland,” she said.

The graduates agreed that while the study and training was hard at times, it was worth every minute.

“But,” said Wollenburg, “you never stop learning. And that’s a good thing.”

All three will now enter the orientation phase of their new jobs. And all three said they were anxious to start.

Mower County and Fillmore County deputies are looking for an individual or individuals who have been stealing air conditioning units... read more