Rollin’ On: Austin native chronicles her time in the world of roller derby in the book ‘Derby Girl’ 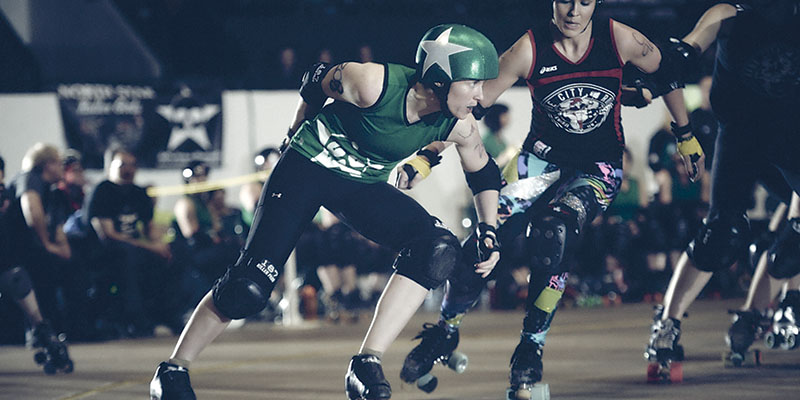 Sammi Jones knew from a young age that she wanted to be a writer but being part of a women’s roller derby team — well, that was a bit of a surprise.

So much so, that even today, some eight years later, the Austin native’s voice still holds a hitch of astonishment when she speaks of it.

After she earned her bachelor’s degree at St. Cloud State University, Jones worked for two years on her master’s thesis in creative writing at Minnesota State University at Moorhead. Then, she got her first look at the Fargo-Moorhead Roller Derby Girls.

Fascinated by the sport and its players, she decided in 2010 that she was “going to go out and try it myself — it was just so far-fetched,” she emphasized with a chuckle. 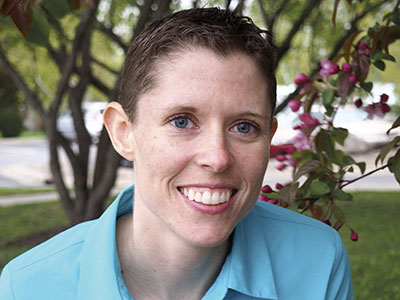 Her subsequent experiences as a member of the team — and how her life tracked with the sport and off the sport’s track — are the stuff of “Derby Girl,” her memoir of that time.

“I threw out everything I had up to that point and started over,” she said of her previous work on the thesis. “Derby Girl” was the result of the switch, for which she earned her master’s – and her first published book.

The book reflects Jones’ struggles off and on the track — not only with learning the life of a derby girl — known then and now as “Toni Crush” — but how to come to terms with her sometimes-chaotic party life, her dependence on alcohol, and her sexuality.

The book has earned good reviews; “Derby Girl’ is also a finalist in two categories — autobiography and memoir, and LGBT/adult non-fiction, in the Foreward Reviews Indies competition for 2017.

Author Alan Davis calls the book “a raw, brave coming out memoir that’s also a primer … at times comic, at times painful … on the complexities and pleasures of roller derby in the upper Midwest, the courage it takes to climb on the wagon and face one’s own life, and the choices we make along the way.”

Jones has been interviewed any number of times about her memoir; in August 2017, Jones was part of the author line up at the Austin ArtWorks Festival. The daughter of Bob and Roberta Jones enjoys coming back for visits, she said. 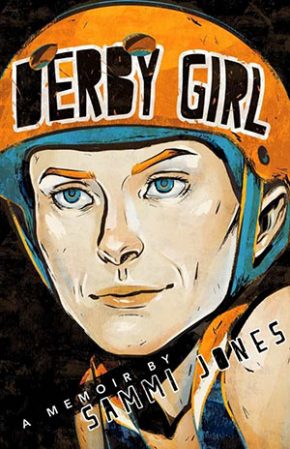 Jones, 33, a 2003 Pacelli High School graduate, says she is more settled today following her move to the Twin Cities. She is an assistant editor of a trade magazine – and she is still skating. She is a member of the North Star Roller Girls team.

“It’s the coolest group of people,” Jones said, adding the rough and tumble image is often different from the reality. Many of the members are professionals, teachers, and writers, “a lot of different types” make up the team, she said.

She is also still writing.

Jones believes there might be one more Derby Girl book out there, she said.

“I think coming to the Cities, this team” holds more for readers, she said. “I think I still have some stories to tell.”