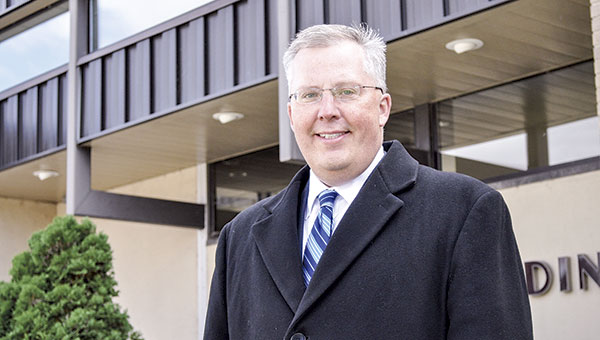 Let the Legislature know how important LGA is to Austin

Just like pesticide advertisements on television to combat the perennial weeds in our farmers’ fields, so too has it become customary to see local government aid (LGA) attacks at the Minnesota legislature in the springtime.  Our residents know LGA provides critical support for lower property valued communities like Austin and many others across the state so that we can ensure delivery of core city services. Unfortunately, the latest effort goes in a new concerning direction.

The latest attack is from Representative Cal Bahr, a Republican from East Bethel.  He and Property Tax Chair Steve Drazkowski, a relentless opponent of LGA, have advanced legislation H.F. 3830 that would target LGA for a reduction based on local option sales tax collections (LOST).  This would penalize communities which have adopted these measures by a direct vote of the people.  In Austin’s case, our LOST funds are used for flood control measures which protect tax base and a reoccurrence of the terrible impacts of a natural disaster we know all too well.  We see first-hand the changes which were made possible through the public’s support of these resources as homes are acquired and levies are built.

It is hard to understand why LGA and LOST funds would be linked by these legislators. We reached out to legislative leaders to ask them to oppose this bill heard in the House of Representatives this week.  Our sales tax proceeds go directly for flood mitigation efforts and those efforts exclusively.  The City of Austin’s efforts to protect our residents from high water events should not come at the expense of providing a basic level of community services promised by LGA.

Changing the rules for cities who are in various stages of their LOST collections undermines their ability to complete two important responsibilities and would send us on a fool’s errand to accomplish two tasks with the same resources which pit LOST and LGA funding against each other.

Perhaps Rep. Bahr and Rep. Drazkowski’s real goal is to undermine the LGA program and weaken it so that dissention and infighting becomes an existential threat to the program.  This seems very similar to efforts from a couple years ago to pit cities against each other by cutting LGA for Minneapolis, St. Paul and Duluth, which would only undermine the long-term health of the LGA program the cities that need it the most. Their primary objective seems to be to chip away at the program that is working, has worked and delivers on the promise that all Minnesotans can enjoy a basic quality of life no matter their zip code!

While our farmers need viable weed control this spring, perhaps we could use some of the same pesticides to hold down the perennial weeds of LGA attacks that continue to pop up at the legislature.  Please join me in opposing H.F. 3830 and tell legislators to focus their efforts on restoring LGA funding rather than undermining it.

Weasels didn’t really rip my flesh. “Weasels Ripped my Flesh” was the name of a Mothers of Invention record album... read more