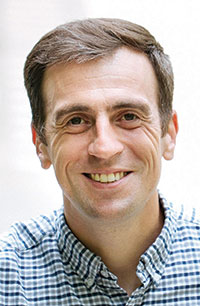 Feehan, a former Army Ranger and former acting Assistant Secretary of Defense, defeated former State Senator Vicki Jensen, attorney Rich Wright and renewable energy lawyer Joe Sullivan. He was endorsed on the second ballot when the other candidates bowed out and endorsed him by acclamation.

“I am incredibly honored and proud to earn the DFL endorsement for Congress here in the First District,” Feehan said. “For the past nine months, we have traveled to all 21 counties in the district […] with a message of service. […] We are running a campaign that puts people over politics, and that offers solutions to our toughest challenges – from health care and climate change, to building an economy that works for all Minnesotans.”

Feehan will face Republican candidate Jim Hagedorn, who received the Republican endorsement on Saturday during the Republican Congressional District Convention in Mankato, or Republican State Senator Carla Nelson, who said she plans to run against Hagedorn in the Aug. 14 primary election.