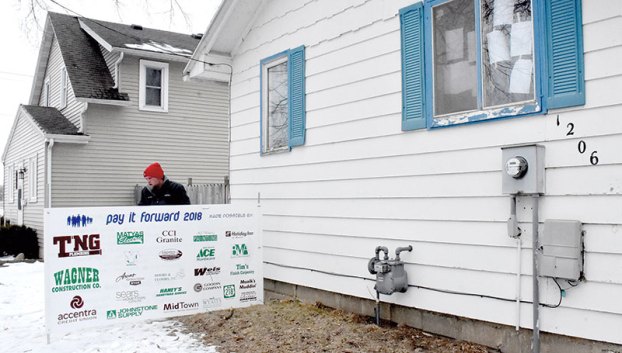 The Pay It Forward — the fifth anniversary edition — goes up at Daniel Johnson’s house, on Third Avenue Northwest. A bathroom remodel will be done over the course of this week, with the “reveal” on Friday. Photos by Deb Nicklay/deb.nicklay@austindailyherald.com

It was hard to miss the activity at the small, white house on Third Avenue Northwest on Monday.

Trucks were parked in the driveway and down the street, and if you watched for more than a minute or so, you saw lots and lots of piping, fixtures and flooring being taken out the front door. 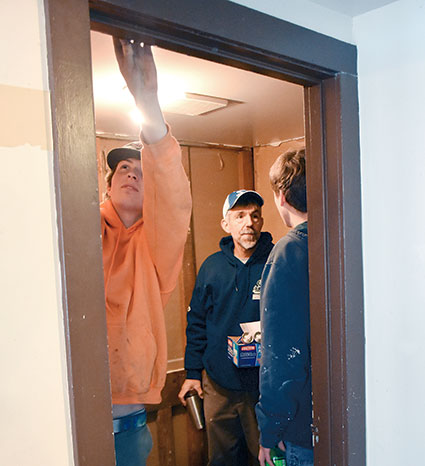 Brendan Wagner, center, of Wagner Construction, checks out the interior of the soon-to-be finished bathroom at the Daniel Johnson home, during the fifth annual Pay It Forward project, organized by T’NG Plumbing’s Todd and Gina Grundmeier, of Dexter.
Deb Nicklay/deb.nicklay@austindailyherald.com

Each year, Gina and Todd Grundmeier, who operate T’NG Plumbing in Dexter, choose someone who needs a new bathroom — a “pay it forward” process that hopes one good deed will grow to others.

This year is a good example. As in years’ past, local and area contractors, tradespeople and friends have pitched in to offer labor, equipment, in-kind services or low or no-cost materials; others have donated money or gift cards to the cause.

The remodel will continue through the week and on Friday, Johnson will be able to see the finished product.

In the meantime, Johnson is being housed at the Holiday Inn, with meals provided by several restaurants, who are participating in the effort.

By 10:30 a.m. on Monday, the interior of the bathroom had been stripped. Flooring, paint, plumbing and fixtures will all be replaced, said Gina. 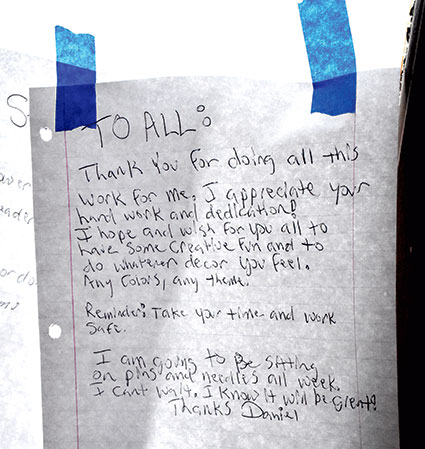 One of the notes left by Daniel Johnson, written to those who stepped forward to help him with his house: ‘I know it will be great,’ he said.

Johnson is described by his family as a man who works hard but still struggles to pay bills. The Grundmeiers said it was clear that he was a deserving recipient of this year’s remodel.

And, he showed his thanks, by providing them with several messages, taped to a window.

One said, “To all, thank you for doing all this work for me. I appreciate your hard work and dedication … take your time and work safe … I can’t wait. I know it will be great!”

A tribute was made, on the fifth anniversary, to the recipient of the very first remodel — the late Jason Ferch, who died in 2017.

A message — “In Loving Memory, Jason Ferch, Forever In Our Hearts” — is noted on the sign in front of Johnson’s house. 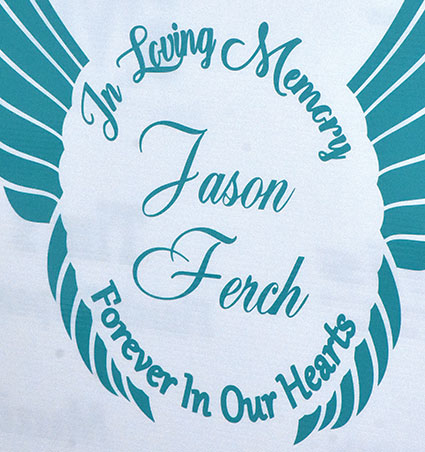 A tribute is being made, on the fifth anniversary, to the late Jason Ferch, the very first Pay It Forward recipient.

Pacelli Catholic Schools will merge all grades into the Pacelli High School building in the 2018-2019 school year in what... read more