Man pleads guilty to throwing child against a wall

Richard Martin Souhrada, 33, of Austin pleaded guilty to felony third-degree assault-substantial bodily harm as part of a plea agreement on Tuesday in Mower County District Court. He initially pleaded not guilty on March 13. 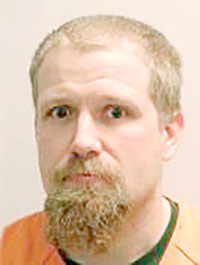 Mower County Human Services approached law enforcement on Feb. 27 after a school nurse treated a 6-year-old boy who complained he couldn’t use his right arm because he had pain in his wrist and trouble straightening his elbow.

He told police and a social worker that Souhrada threw him against a wall because he was “talking too much” while Souhrada was watching TV on Feb. 24.

He told the child to “shut up” but the child kept talking, so he took him by the shirt and legs and threw him against a wall.

The child reported other punishments — being sent to a dark basement, being made to stand outside on the porch and withholding food — by Souhrada.

The child was taken to Mayo Clinic Health System in Austin, where he was found to have a fractured bone in his forearm, which a doctor classified as “substantial bodily harm.”

A review of Souhrada’s criminal history shows prior convictions for theft, burglary, possession of stolen property, possession of drug paraphernalia, providing a false name to police, criminal damage to property and failure to register as a predatory offender.

A sentencing date has yet to be determined.