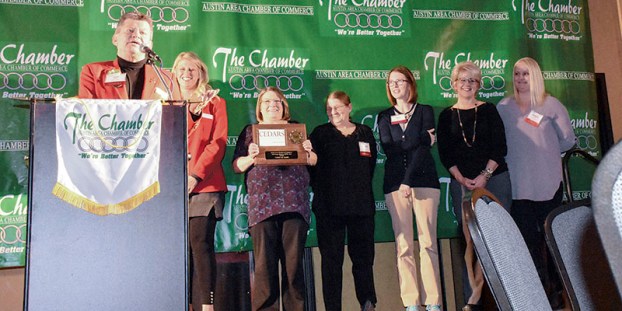 The Cedars of Austin was named 2017 Large Business of the Year Thursday night at the Winter Banquet and Awards Program. Jana Gray/jana.gray@austindailyherald.com 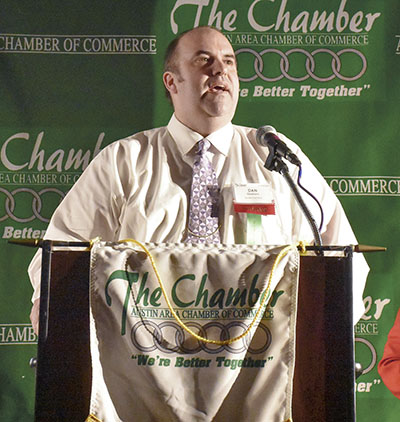 The Cedars of Austin was named the 2017 Large Business of the Year.

“We’re very proud,” said Cedars of Austin Executive Director Tom Knoepki. “It supports the fact we have a lot of wonderful people here doing great things and we have a great staff and residents. No doubt there are great businesses throughout the town, so it’s a great honor.” 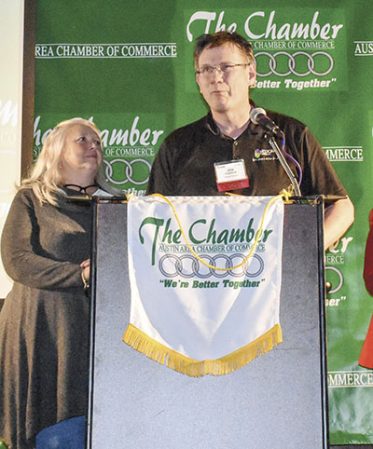 Jon Engelhardt accepted the award of Small Business of the Year during the annual Winter Banquet and Awards program Thursday night. Jana Gray/jana.gray@austindailyherald.com

Medicap Pharmacy was named the 2017 Small Business of the Year.

“It means a whole lot to us,” said owner and pharmacist Jon Engelhardt. “We try to work hard at innovating in Austin and bring services that are not normally recognized at pharmacies. To be recognized for that validates what we’re doing.”

It takes some time to make a big change and the Austin boys basketball program has certainly made some big... read more