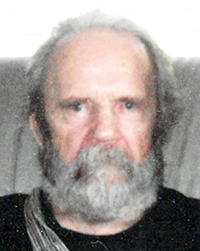 William “Bill” Donald Pyburn, 85, of Austin, Minnesota, passed away Monday, Jan. 22, 2018, at The Cedars of Austin. Bill was born Dec. 5, 1932, in Austin, the son of James and Goldie (Miller) Pyburn. Bill grew up in Austin and attended Austin High School. Following high school, he enlisted in the United States Navy in 1951 until his honorable discharge in 1955. He worked as a welder for the Oliver Corporation and then for Milwaukee Railroad as a brakeman. Bill wintered in California for many years. He was a past member of the American Legion and VFW and liked to read current events. Bill will be missed dearly by all who knew and loved him.

Survivors include his brother, John “Tim” (Gretchen) Pyburn of Arizona; sister-in-law, Barbara Pyburn; and many nieces, nephews, cousins and other relatives. He was preceded in death by his parents; and his brothers, Roger (Kathleen), Robert (Gladys), and Kenneth “George.”

Funeral services will be held at 1 p.m. on Saturday, Jan. 27, 2018, at the Worlein Funeral Home Chapel with Pastor Elizabeth Endicott officiating. Visitation will be held for one hour prior to the service on Saturday. Interment will be in Oakwood Cemetery in Austin. Services prearranged and performed by Worlein Funeral Home of Austin. Condolences may be expressed to the family online at www.worlein.com.