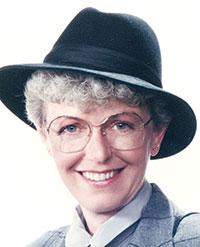 Vivian was born Feb. 24, 1936, in Blooming Prairie, Minnesota, delivered by her aunt Agnes Hjelmen-Vandenbrook. She was the daughter of Oscar and Esther (Hendrickson) Hjelmen. Vivian was baptized and confirmed at Community Lutheran Church in Geneva, Minnesota. She was educated in a one-room school and graduated from Blooming Prairie High School. Vivian was employed at deLendrecie’s Department Store in Fargo from 1970 to 1997. She married Eugene Eggert on Feb. 16, 1989.

She was an accomplished musician, playing the accordion, flute and organ. Vivian also was an excellent seamstress.

Memorial services were held Thursday, Jan. 4, 2018, at West Funeral Home in West Fargo. Interment will be in St. John’s Cemetery in rural Horace, North Dakota, later in the spring.

Interested in working at a warming house? If you are 16 or older please call our office.  Open warming house... read more