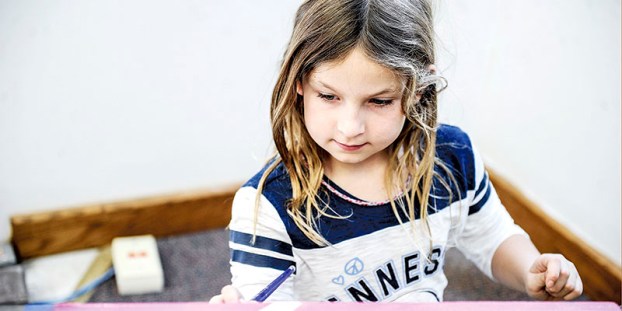 Carleigh Rymer is the picture of concentration as she applies pink to a bench she was working on with brother Carson and mom Suzanne. Eric Johnson/photodesk@austindailyherald.com

Swipe of a seat: Public comes out to paint benches for downtown

Last Saturday the public was invited to the Paramount Theatre annex where church groups, high school groups and families painted park benches. The benches will then be placed at various places downtown.

Gretchen Ramlo, Austin Artworks volunteer was one of the three people behind the idea to add a little more color to the downtown area and she was at the annex Saturday to watch the over 20 people leave their marks. 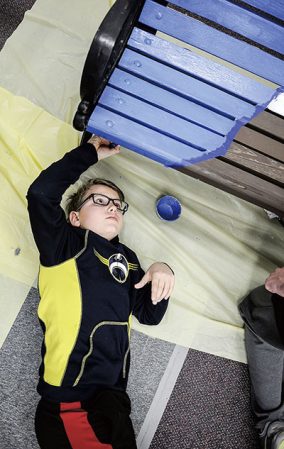 Kyle Petrik gets under the hood with his paint job as his family took part in painting benches that will be placed downtown. Eric Johnson/photdoesk@austindailyherald.com

“You see all different types of people,” Ramlo said. “They are really having fun and doing something to make downtown prettier.”

The idea stemmed from a very simple question of how to improve a downtown that already features the hanging flower baskets hanging from street lights during the summer?

“We got together and asked, how do we add some more color downtown?” Ramlo said. “Make it more friendly to walk down the street.”

Knowing that there were some extra benches sitting around, the idea was floated and adopted to paint them.

The next step was to involve the community and make sure it had a stake in the new look to downtown.

“We put out a call to art clubs, churches, I.J. Holton, the high school …” Ramlo said. 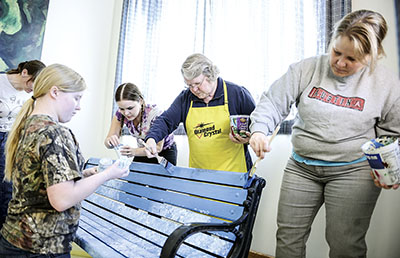 Vicki Steen, center, helps paint a bench with her family last Saturday. They were there celebrating her 70th birthday. With Vicki is April Grabau, right, Jenna Grabau, left and Leah Smith, far left. Behind is Amy Smith. Eric Johnson/photodesk@austindailyherald.com

For now the effort is staying at nine benches, but Ramlo said she’s not ruling out an addition later down the line and hinted that this might only be the start to something that could keep going.

“This is pretty much the beginning of what we hope it might be,” she said.

This is another step in a growing art scene that has been exploding over the recent years, taking downtown Austin along for the ride that includes the growth of the Austin ArtWorks Festival and the ArtWorks Center downtown.

Ramlo has said that over the recent years she’s noticed more and more people taking an interesting in the arts and visiting from outside communities.

“Over the last three and a half years we’ve really noticed the community noticing us,” Ramlo said. 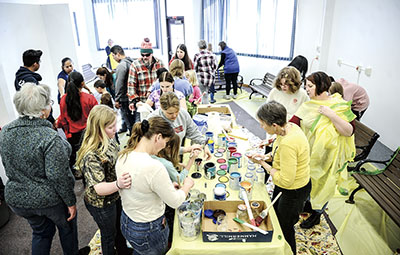 A group of over 20 people showed up last Saturday to help paint benches that will be put at various spots downtown this spring. Eric Johnson/photodesk@austindailyherald.com

As for the benches, Ramlo sees them as just another step toward the betterment of Austin.

“It’s just another way to add to the community,” she said. “Just one more thing.”

Stay young with a dose of art

There is no known cure for getting older. We are all doing it, one year at a time. The good... read more