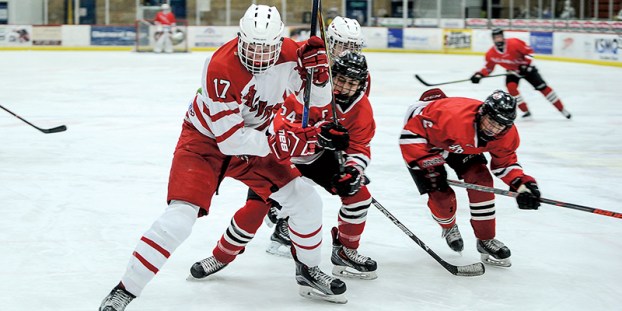 The Austin boys hockey team had a little trouble getting started and it couldn’t make up the difference as it lost 2-1 to Mankato West in Riverside Arena Thursday.

The Scarlets (6-7 overall, 3-4 Big Nine) scored twice in the first 13 minutes of the game for their only two goals and even though Austin’s Dylan Svoboda scored nine seconds after Wests’ second goal, the Packers were never able to net the equalizer. 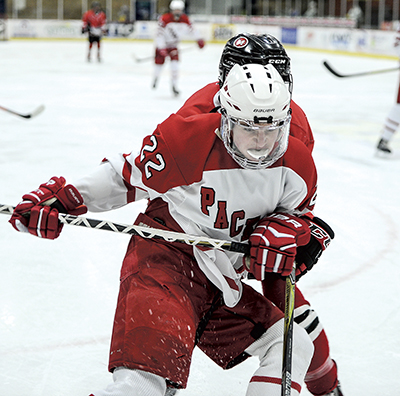 Austin’s Nick Dunlap braces as he heads into the boards during the second period against Mankato West Thursday night at Riverside Arena. Eric Johnson/photodesk@austindailyherald.com

“That game is our season in a nutshell,” Austin head coach Jason Merritt said. “We give up two goals on five shots in the first period off of two bad bounces and then we have a hard time digging out of it. Our compete level is good, we’ve just got to finish.”

The Packers (3-8-1 overall, 0-4-1 Big Nine) have been in a bit of a slump as they have now lost three of their last four contests. But two of those losses were by just one goal and the team is hoping to keep hammering away.

“We have to stay mentally tough and know that the harder we try and the more we compete, odds are the bounces will start to come our way,” Merritt said.

Noah Bawek had 30 saves in the loss for Austin, which had 26 shots on goal. 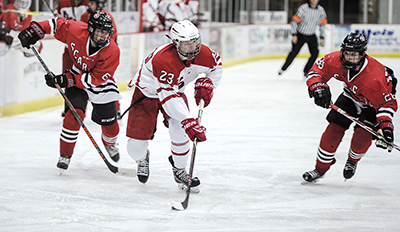 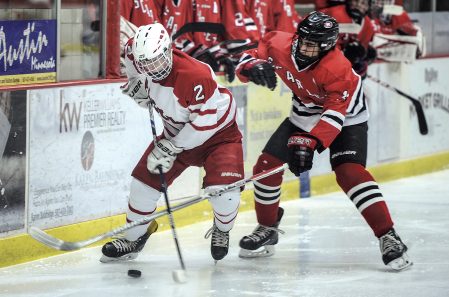 Austin’s Tyler Hoban controls the puck along the boards during the second period Thursday night against Mankato West at Riverside Arena. Eric Johnson/photodesk@austindailyherald.com

Pack on the run: Austin boys basketball team is off to a hot start

The Austin boys basketball team spent much of the first month of the season running and gunning and it has... read more