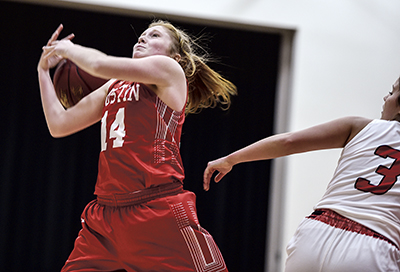 Austin’s Paiton Schwab tries to get a hold of a rebound against Mankato West Thursday night in Ove Berven Gym. Eric Johnson/photodesk@austindailyherald.com

Lewis finished with 22 points and Emily Hegna added 16 points for the Packers, who trailed 35-32 at the half. 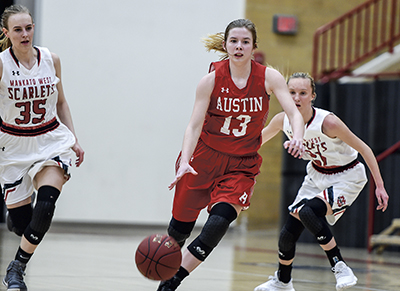