Two probationers arrested at the Sterling Motel on Wednesday made an appearance on Friday in Mower County District Court. 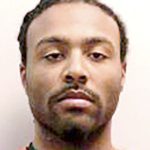 According to the court complaint, two agents from the Department of Corrections requested assistance from the Austin Police Department at 9:52 a.m. on Wednesday at the Sterling Motel. The agents were in the room where Dow and Hardy were staying.

Hardy acted strange and appeared disoriented, according to the complaint. She tried to reach in her pockets several times despite being told not to and tried to reach her purse beside the bed. Police searched her purse and allegedly found four syringes, two scales, a spoon with methamphetamine residue, and several plastic bags with methamphetamine residue.

Officers also allegedly found two methamphetamine pipes in the bathroom, an Intratec nine-millimeter pistol wrapped in a towel, and three rounds of nine-millimeter ammunition in a desk drawer. The pistol allegedly showed signs that someone had removed the serial number. 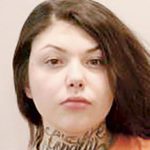 Hardy and Dow were arrested and placed in separate vehicles, according to the complaint. On the way to jail, Dow allegedly started talking about he pistol, saying it “don’t even shoot” and that it did not have the “trigger mechanism in it.” He also allegedly told the officer, “It ain’t even put together, so it can’t be a deadly weapon.”

Dow and Hardy both have prior convictions for felony drug crimes.

They will appear in court again on Feb. 1.

James Paul Hutchinson, 35, of Austin was sentenced on Thursday in Mower County District Court to 21 months in the... read more