An Austin man who allegedly used a counterfeit $50 bill at Kwik Trip appeared on Wednesday in Mower County District Court. 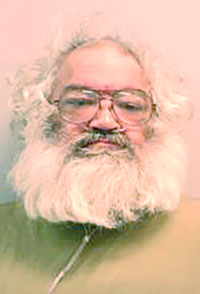 According to the court complaint, an officer was called at 11:33 a.m. on Tuesday to the Kwik-Trip at 10th Place Northeast. The store manager showed him surveillance footage of a man purchasing $100 worth of lottery tickets with two $50 bills at 3 a.m. Tuesday. One of the bills was counterfeit. The officer recognized the man as Frost.

Police received another call at 2:38 a.m. on Wednesday saying Frost had returned to Kwik Trip, according to the complaint. An officer spoke to Frost and told him about the counterfeit bill. Frost allegedly said he was not aware the bill was counterfeit. When asked where he got it, Frost allegedly said he won $700 playing pool at the Bakery Lounge.

Frost was the arrested for passing counterfeit currency, according to the complaint. Police searched him and allegedly found 30.5 grams of marijuana and 5.95 grams of a substance that tested positive as methamphetamine.

Frost will appear in court again on Jan. 22.

The Center for Agricultural and Food Science Technology at Riverland Community College has announced it will offer the first-ever “Growing... read more