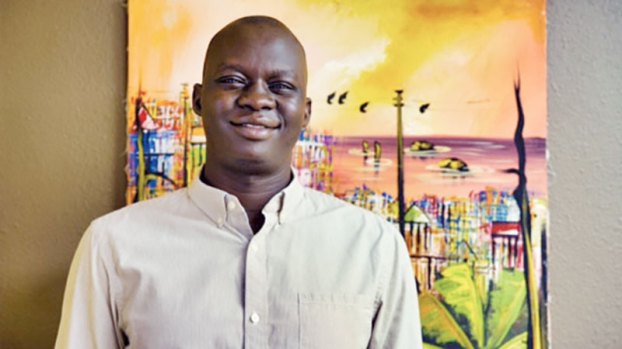 “Austin today is not the same Austin I came to,” said Solomon Paul of Austin

About this series: Mary Turck, a staff member at the Immigrant Law Center of Minnesota, writes about new Austinites. All of this week’s stories can be found at austindailyherald.com.

Since he arrived in 2005, Solomon Paul has seen Austin’s population grow and change.

Back then, the two biggest immigrant groups were Latin Americans and African immigrants, like himself, from Sudan. Today, he says, “the Asian community has surpassed the African population in Austin, because of the influx of Karen and Karennis from St. Paul and out of state — from as far as North Carolina, Iowa, Colorado, Texas and Illinois.”

The Karen and Karenni immigrants fled Burma, lived for years or decades in refugee camps in Thailand, went through extensive and prolonged vetting by the U.S. government, and then were resettled in various U.S. cities.

Paul himself came to the United States as a refugee from Sudan in 1999, settling first in Houston, Texas and relocating to Portland, Maine. He moved to Minnesota with his wife and three children in 2005, partly to be close to the Mayo Clinic and partly because there was already a Sudanese refugee population in this part of the state.

He worked in Albert Lea at Good Samaritan nursing home, went to school at Winona State University and worked in a group home there, and worked as a court interpreter all over Minnesota and also in Iowa, South Dakota, and as far away as Illinois. Now he is the executive director of Austin’s Welcome Center.

Austin is a place for secondary resettlement. That means immigrants who come to Austin usually come from some other city in the United States where they settled first. Those who have now come to Austin came for jobs, Paul says. With an unemployment rate hovering around 2 percent, Austin needs workers, and immigrants come for jobs.

“After he finds the place welcoming enough to bring children here, then he brings the entire family.”

What makes the city welcoming? It’s little things, Paul explains – like finding an interpreter for visits to the doctor’s office or school. Language and housing are the two biggest challenges for immigrants moving to Austin.

The Welcome Center helps all of these new residents settle, assimilate and become part of the community. “When they find a supporting cast of staff at the Welcome Center,” he says, “then they know this is where they want to raise a family.”

“Austin today is not the same Austin that I came to,” Paul says. “Back then I would see apprehension in the faces of local people. You would go to some business areas here and you would feel that you are not welcome. You would see that apprehension.” Today, he says, Austin “has changed ten-fold for the better.”

Paul thinks they made a good choice, saying that Austin is a good place to live. “St. Paul is confusing – here it is easier,” he says with a smile. He’s doing his part to make Austin a more welcoming community for everyone.

Lyle-Pacelli’s Olivia Christianson drives around Randolph’s Megan Erickson during the first half Thursday night in Pacelli. Eric Johnson/photodesk@austindailyherald.com The No.... read more