A LeRoy man on whose property authorities found a stolen forklift pleaded guilty to felony theft on Tuesday in Mower County District Court. 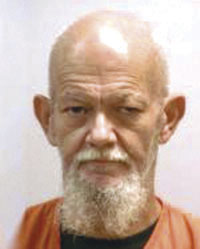 Scott Kevin Rowe, 60, initially pleaded not guilty to the charge on Sept. 20. As part of a plea agreement, felony charges of vehicle theft and receiving stolen property will be dropped at sentencing.

The manager of Kahn Tile Supply in LeRoy called the Mower County Sheriff’s Office on Sept. 18 to report that a forklift valued at up to $35,000 was missing from the business. He said the keys were usually left in the forklift.

A review of security footage from the early morning of Sept. 17 showed Rowe taking the forklift, according to court documents. Deputies executed a search warrant on Rowe’s property in the 11000 block of Highway 56 and found the forklift.

Rowe told deputies he had been intoxicated on drugs and alcohol on the morning of Sept. 17 and did not remember taking the forklift.

Rowe will be sentenced on March 22.