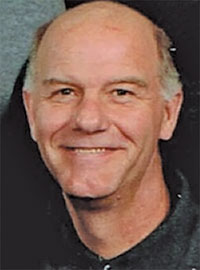 He was born in Austin, Minnesota, on April 5, 1961, to parents Phyllis (Hanson) and Gary Buzzard. He graduated from Austin High School in 1979 and attended Bethany Lutheran College, graduating in 1981. He later went on to Mankato State University, where he graduated in 1985. He spent his high school and college years active with wrestling and student council, serving as Senior Class President in high school. It was at Bethany Lutheran College where he met his wife of 30 years, Linda Nelson. They were married on March 10, 1982, and had three children, Alan, Ashley and Andrew. They were later divorced. Gary worked at various jobs throughout his lifetime, including welding and boiler operation. He loved to work with his hands, especially with woodcarving, and was a gifted craftsman. He had a passion for the outdoors and Stephen King novels and spent much of his free time reading, hunting, biking and fishing. He will be remembered for his great sense of humor and ability to make others laugh.