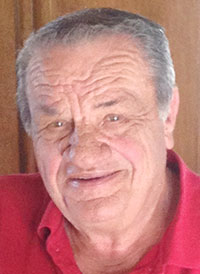 He was preceded in death by his parents; and two brothers, Don and Brad Scholten.

Funeral services will be at 2 p.m. on Friday, Jan. 26, 2018, at Reece Funeral Home in Ottumwa with Pastor Bill Hornback officiating. Graveside service and burial will be 1 p.m. on Saturday in Holman Cemetery in Sibley, Iowa, with Pastor Luke Schouten officiating. Visitation begins at 1 p.m. on Thursday with the family present from 5-7 p.m. In lieu of flowers, memorials may be made to the Iowa Cerebral Palsy Association, P.O. Box 4090, Waterloo, IA 50704.