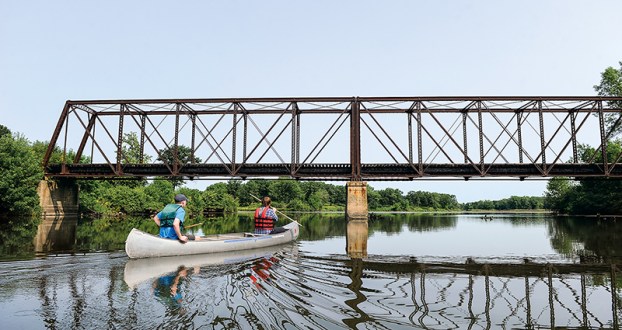 Just north of the Ramsey Mill Pond dam, the Cedar River expands to give canoers an encompassing view of the surroundings. Austin Living file photo

The Austin campus of Riverland Community College would get $1.6 million for electrical system improvements if the Legislature agrees with Gov. Mark Dayton’s public works funding proposal.

The governor’s office is trying to build support for his $1.5 billion plan to “build world-class colleges and universities for Minnesotans, and improve and repair state buildings and other critical infrastructure across the state,” a news release says.

His support for the Riverland electrical work  is part of the $243 million he dedicates for “urgently-needed classroom and facility improvement projects at Minnesota State campuses around the state, including $180 million to maintain existing infrastructure.”

Dayton spokesman Richard Dornfeld said this year’s funding proposal “is a little different than those from past years.” 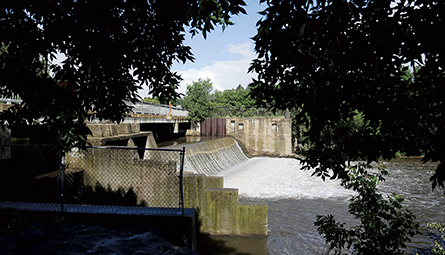 Water flows over the dam of underneath Fourth Avenue NE. The city is asking for $500,000 in state money to help renovate the area. Herald file photo.

For 2018, the governor has focused primarily on restoring buildings and other infrastructure already operated by the state and the public colleges and universities.

“We anticipate bonding will be one of the bigger issues during the upcoming legislative session.”

Although he didn’t include them in his proposal, Dayton says three other Austin-area projects merit state investment.

The city has asked the state for $4 million for the Ramsey Scientific and Natural Area site. The proposal is to establish a recreation area near Ramsey Mill Pond. The city intends to acquire former golf course land and private property, which includes a historic railroad bridge to construct a pedestrian-bike trail. It also is planning a fishing platform and amphitheater.

Also meriting funding, the governor says is the city’s request for $500,000 for the 4th Avenue Riverview state water trail enhancement and the Mower Soil and Water District’s request for $2.3 million for a Cedar River water retention and stabilization project. 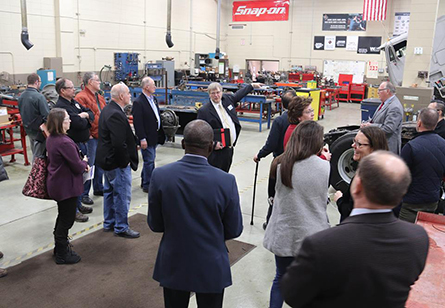 “Riverland Community College’s current Transportation, Trade and Industrial Education Center has not been significantly updated in nearly four decades,” a fact sheet distributed by the governor’s office says. “Businesses in the collision repair and trucking industries are concerned that students are not learning how to use modern technologies because the current facilities at Riverland are out-of-date. Governor Dayton’s public works proposal includes $6.8 million to design and construct a modern trade and industrial education hub to meet current workforce demands.”

It is a cancer rarely seen in someone her age, or her gender. And yet, Becky Bergstrom of Austin has... read more