Austin High School will host its 33rd annual Hall of Fame Weekend Jan. 19 and 20 and the induction ceremony will take place at halftime of the Packer girls basketball game against Albert Lea Jan. 19.

Nominations for future inductees are available at the AHS Activities Director’s office or can be downloaded at the AHS website. 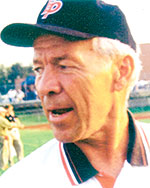 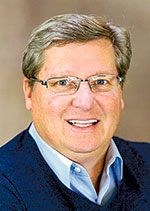 Arnold was a three-year letter winner in hockey and was a three-year letter winner in tennis. His career highlights include a runner-up performance and two conference titles in the Big 9 Singles Tennis Tournament. The Packers were a three-time state tournament participant with an undefeated season and state title in 1982. That year Arnold placed second in the state doubles tournament.

Arnold lives in Austin and has been a volunteer tennis coach of both AHS boys and girls programs. He and his wife Lenise have four children. 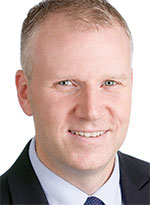 Logterman was a five-time all- conference pick in swimming and was a member of two school record-setting, Big Nine champion and state qualifying relay teams in the 200 medley relay and 200 freestyle. The medley relay team earned All-State honors after finishing seventh at state.

Logtermane was the 100 individual free Big 9 champ, state qualifier and AHS school record holder. He won the Big 9 title in the individual 200 free as well.

Logterman was the swim team MVP, the Nat Goudy Award winner, the Red Hastings Leadership Award/Scholarship recipient and the Austin Daily Herald, KAAL and KAUS athlete of the week. He was awarded a tuition scholarship to swim for Division 1 University of Wisconsin-Green Bay.

Logterman lives in Lakeville today with his wife Emily and two children. He worked for Fidelity Bank in Edina before having to retire in 2016 for health reasons. 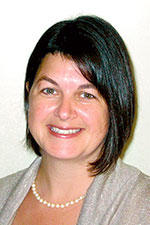 Bergstrom Kelly earned two letters in tennis and five letters in softball. She started pitching for the Packers in eight grade, winning seven games and posting a 1.47 ERA. Over her AHS career, her ERA dropped to under 1.00. The Packer ace concluded her AHS career with a 63-36 record earning four all-conference team and three all-region team honors. Bergstrom Kelly was named to the Minnesota All-Star Softball series and was an all-state academic as well.

Bergstrom Kelly pitched for the University of Wisconsin-Eau Claire. She became a team leader in multiple statistical categories and helped lead the Blugolds to four NCAA Tournament appearances. She was named to the all-conference team four times and to the All-Great Lakes Region first team three times. She also garnered both NFCS third team and second team All American honors and was named to the 2000 NCAA finals all-tournament team as well. Bergstrom Kelly was inducted into the Blugold Hall of Fame in 2014. 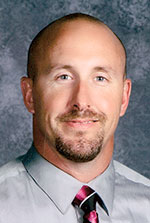 Smith earned two cross country letters and five wrestling letters as he was four-time all-conference and two-time all-state academic. Smith qualified for state three times, finishing third his senior year. He represented Minnesota on a wrestling exchange trip to the Czech Republic between his junior and senior year.

Smith wrestled for Rochester Technical and Community College and qualified for nationals twice concluding his career as national runner-up.

Smith went on to assistant coaching stops in Austin, Sioux Falls O’Gorman, in Sioux Falls, South Dakota and Stewartville. He was named both Section 1AA and Section 1 AAA Assistant Coach of the Year.

Smith is currently the head wrestling coach for Grand Meadow, Leroy-Ostrander and Southland schools. Smith lives in Austin with his wife Deidre and three children. He teaches business education in Grand Meadow, owns the Discovery Learning Center Preschool in Austin and is working on a master’s degree. 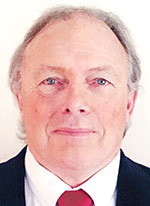 Bergstrom had a major role in the success of the AHS softball program for 30 years. He spent four years as head coach, five years as assistant coach and 21 years as volunteer assistant coach.

Bergstrom was the pitching coach and was an experienced pitcher himself. He pitched for a number of teams over a 25-year career, winning state championships and qualifying for regional and national tournaments.

Bergstrom lives in Austin with his wife Mary Gaye. They raised two children

The new 11th Avenue Northeast. bridge over Interstate 90 in Austin was recently selected as the winner of a Minnesota... read more