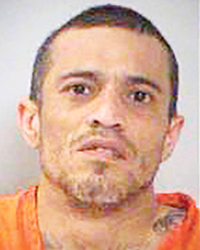 Austin Police and the Special Emergency Response Team report seizing 13.5 ounces of methamphetamine and four ounces of marijuana, with approximate street values of $35,000 and $1,000, respectively, while executing a search warrant on Wednesday.

According to Austin Police Chief Brian Krueger, the officers conducted a “no knock” search warrant at 5:09 p.m. on Wednesday at a residence in the 1000 block of Third Avenue Northeast.  They arrested Robert Trevino, 47, of Austin who was the only person in the house. The drugs were allegedly found inside.

Trevino is in the Mower County Jail awaiting a possible charge of felony first-degree drug possession.

Police do not expect any more arrests in this case at this time, according to Krueger.

Pacelli to pick up Christmas trees on Saturday

Pacelli students will pick up Christmas trees on Saturday. Those wanting students to pick up a tree need to call... read more