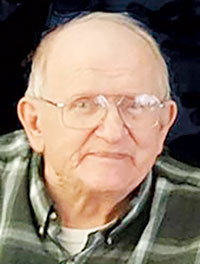 Theodore was born on Aug. 15, 1930, the son of Theodore and Marvil (Stayner) Knutson, Sr. in Sargeant, Minnesota. He graduated from Austin (Minnesota) High School in 1948 and served in the U.S. Army for almost four years. Ted married Ermadell Gross on March 19, 1960. He and his family were traveling evangelists for 12 years, living in eight different states during this time. He later worked at Owatonna Manufacturing Company and McNeilus Truck & Manufacturing.

The funeral service will be at 1 p.m. on Saturday, Dec. 16, 2017, at Zion Lutheran Church, 66632 300th St., in rural Dexter, Minnesota, with the Rev. Brad Novacek officiating. Military honors will be presented by the Hayfield American Legion Rothie Post 330. Burial will take place in the church cemetery.