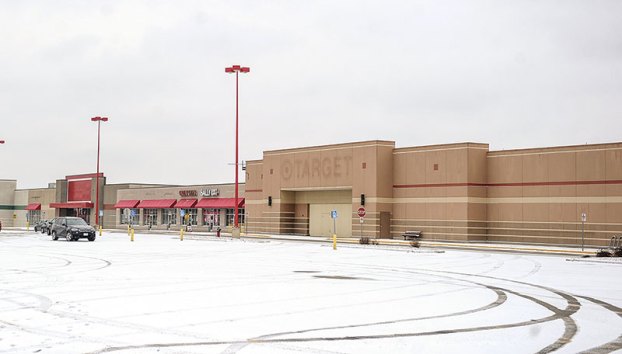 The Target building, west of Highway 218, has been empty since the store closed in 2015. Eric Johnson/photodesk@austindailyherald.com

The building that once housed Austin’s Target store has been sold to a Sioux Falls, South Dakota.-based furniture company.

However, how the building will be used is still in question.

The new owner, Furniture USA LLC Austin, did not return several calls made to the company by the Herald on Wednesday and Thursday.

Furniture USA is the parent company to a number of brands, including Furniture Mart USA, Furniture Mart, Ashley Homestore, Unclaimed Freight Furniture and Carpet One.

According to its website, it employs over 1,000 employees in 40 stores and five distribution centers in five states, including Rochester, which has an Ashley Homestore.

On Dec. 6, a limited warranty deed was conveyed to Furniture USA MN-LLC from Target, according to records at the Mower County Recorder’s office.

Jacqueline DeBuse, with Target’s communication department, confirmed Wednesday the sale had occurred earlier in the month.

An accompanying document, an easement agreement between Target and the city of Austin, was also transferred to Furniture USA, according to county records. Signing the document was William A. Hinks.

The Target store was closed in January 2015 after being in Austin for 17 years, affecting 82 employees.

The store was one of 11 closed by the company that year.

While not sure of what kind of operation was going into the space, Chamber of Commerce Executive Director Sandy Forstner said it was always good to see empty storefronts fill.

“An increase in traffic to that area greatly benefits other retail outlets,” he said. “We’ll be interested in seeing” what the new space will house.