The Austin wrestling team went up against the No. 3 ranked team in Minnesota Class AAA and it had a little trouble staying off the mat in Ove Berven Gym Friday. 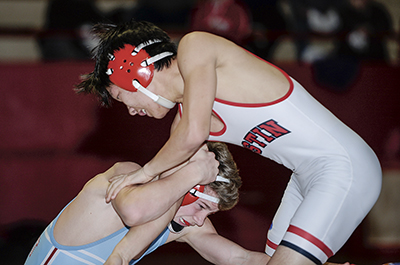 “That’s what a state ranked team looks like,” Austin head coach Jed Osgood said. “They came out aggressive and they dictated the match. We’ve just got to pick up our intensity in the wrestling room to be able to compete better with high caliber teams.”

The Packers picked up three wins in the dual as Josh Belden and Eli Marks picked up first period pins and Phillip Zynda won by forfeit at 195. 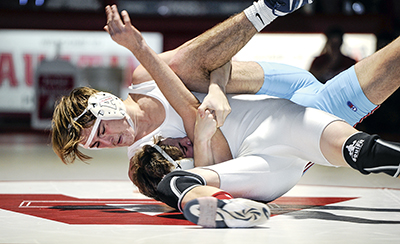 Belden was able to use some quick thinking to get his get pin on Griffin Studier at 152 pounds. He was able to put Studier in a headlock and finish the match in just 44 seconds.

“I don’t really scout wrestlers, but I react based on what they show me,” Belden said. “When I use a headlock, it’s usually when I can’t stop their shot. I stop their head and they look up right away, then I can throw it and there’s no way they’re getting out of it. It felt good to get that pin and bring energy back to the team.”

Marks also came up with a quick takedown in his match as he pinned Christian Garcia in just 59 seconds.

“Tonight was a great way for me to see where I am as a heavyweight wrestler and to see how far I can go,” Marks said. “My focus was being ready. You always have to have a sweat going to mat or you’re not going to be ready and you’re going to get stuck right away.”

The Packers (4-4 overall, 1-2 Big Nine) were hoping to avoid getting pinned so they could extend some of the matches against the Tigers and that’s something they’ll focus on in the future against tough teams.

“We focused on team points and fighting off our backs this week,” Belden said. “We didn’t really execute it that well and we gave up a lot of points. We’ve just got to move forward.” 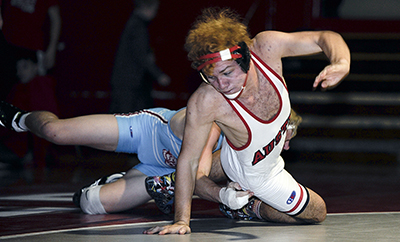