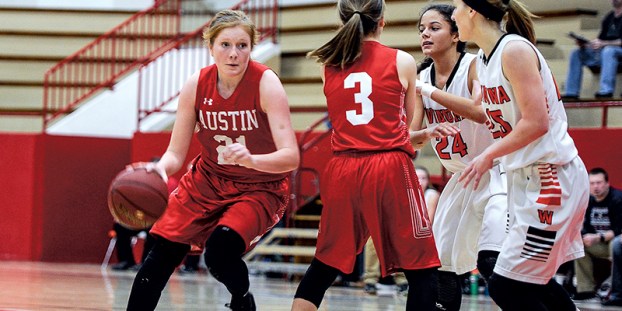 Packer girls pound the paint in win over Winona

The Austin girls basketball team worked the ball inside early and often as it used a big second half push to beat Winona 69-43 in Ove Berven Gym Thursday. 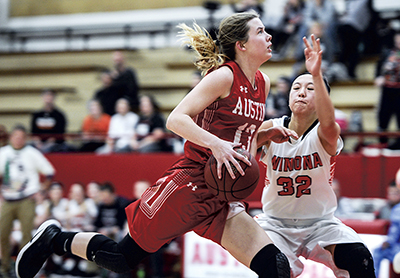 Austin’s Erica Lundberg flies to the basket off the break in the second half against Winona Thursday night in Ove Berven Gym. Eric Johnson/photodesk@austindailyherald.com

“We were playing down to their level [in the first half]. We knew we were better and we just put it into high gear and started playing like we can,” Walters said. “We were really working on getting inside because they were shorter. We just had to box out, get inside and get some points.”

Van Zant scored Austin’s first 10 points of the game, but it was a back-and-forth game with the Winhawks (0-5 overall, 0-5 Big Nine) until Abby Lewis hit a three-pointer and Van Zant beat the halftime buzzer to give Austin momentum going into the break. 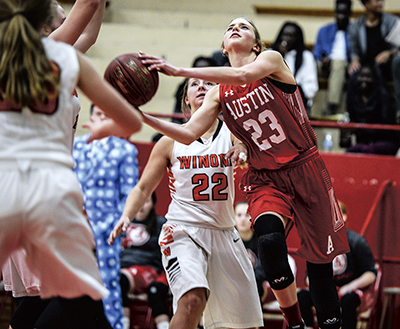 Austin’s Abby Lewis puts a shot up in the second half against Winona Thursday night in Ove Berven Gym. Eric Johnson/photodesk@austindailyherald.com

Van Want said her success came down to getting solid position in the paint.

“I had to get in there box out, post up and wait for my teammates to find me,” Van Zant said.

The Packers will now go to the winter break and they won’t return to action until they host Rochester Century on Jan. 2. Austin head coach Eric Zoske liked what his team did inside on Thursday.

“We don’t have a whole lot of nights where we just dominate the paint and tonight was one of them,” Zoske said. “That was our game plan going into it and I thought we executed pretty well.” 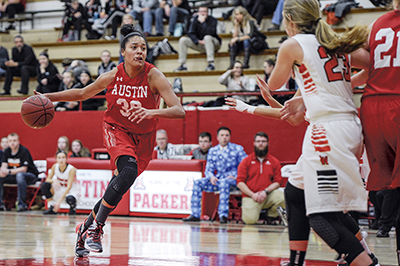 Austin’s Kiwi VanZant heads to the basket during the second half against Winona Thursday night in Ove Berven Gym. Eric Johnson/photodesk@austindailyherald.com 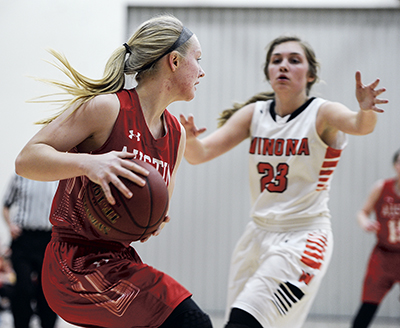 Austin’s Chloe Sheehan pulls up along the baseline, looking for a pass inside in the first half against Winona Thursday night in Ove Berven Gym. Eric Johnson/photodesk@austindailyherald.com