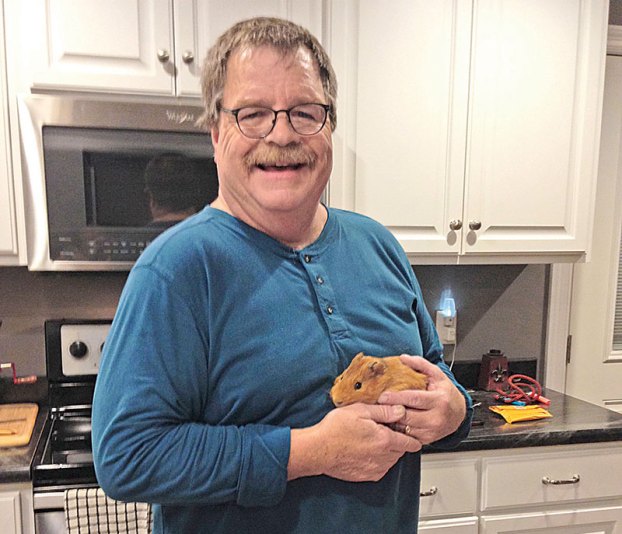 Mayor Tom Stiehm holds one of the guinea pigs he rescued. Photo provided.

A family of guinea pigs owe their lives to Austin Mayor Tom Stiehm after he found them while walking his dog on Friday along Turtle Creek.

“My dog started chasing after what I thought were rabbits near Bustad Park,” Stiehm said. “Turns out they were guinea pigs.”

Several of the guinea pigs were babies. Knowing they could freeze to death, Stiehm grabbed a box from his home and took six guinea pigs back with him. He found a seventh later in the day.

After calling several locations in Austin with no success, Stiehm called Fish and Pets in Rochester, which agreed to take the guinea pigs.

“I was told that it looked like they may have belonged to someone who was breeding them and it became too much to handle,” he said.

Stiehm found an eighth guinea pig in the same area at about 10 p.m. on Friday. He brought it back and warmed it up at his home before bringing it to Fish and Pets on Saturday.

It could have been the peanut butter. Maybe it was the canned vegetables. It certainly wasn’t the lightweight corn flakes.... read more