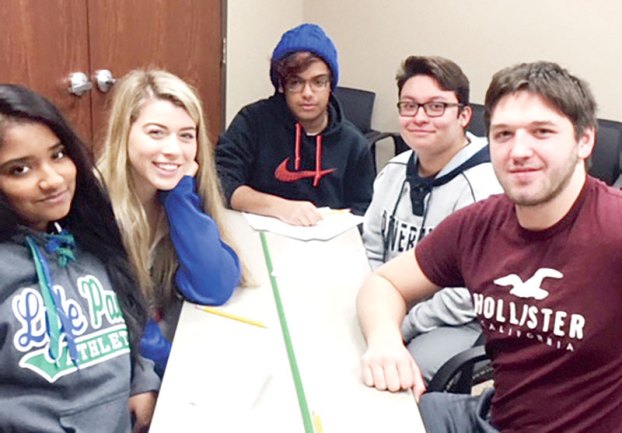 The calendar year is closing fast, but the Pacelli calendar marches on into the new year with a couple of exciting extra-curricular student led activities.

Pacelli earned a third place and a second place in the first two of four Southeast Conference meets (held respectively at Spring Grove and Houston). Pacelli will host a conference meet on Jan.  10, and the year will wrap up with a February meet in Mabel-Canton.

Later in March, Pacelli will participate in the Southeast Service (Educational) Cooperative  Knowledge Bowl Sub-regionals in Rochester. As many as 60 schools from across the region participate in A and AA division competition for the right to advance to the state finals held in Brainerd.

Also happening in January will be Pacelli’s entry into the Minnesota State High School League’s One-Act Play competition. Pacelli is part of Sub-section 2 and will compete against as many as six or seven other schools at Rochester Lourdes for the right to advance to section finals in Winona the first part of February.

Tim Brennan is the Knowledge Bowl and One Act Play adviser for Pacelli Catholic Schools. He can be reached at tbrennan@pacellischools.org

The family of Peter Klein is surving up its 20th annual free Christmas Day Dinner in the fellowship hall of... read more