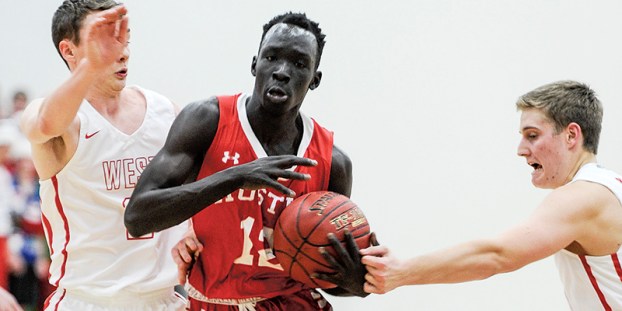 Austin’s Ngor Deng splits a pair of defenders on the way to the hoop in the first half against Mankato West Tuesday night in Packer Gym. Eric Johnson/photodesk@austindailyherald.com

Gach finds his groove in win over Mankato West

While Austin senior Duoth Gach wasn’t exactly stuck in mediocrity in his first two games of the season, he hadn’t had a true breakout performance yet. That all changed when Gach came out firing as he led the Packers to an 86-68 win over Mankato West in Packer Gym Tuesday night.

Gach hit back-to-back threes to start the game and he finished with a season-high 29 points, seven three-pointers, four rebounds and three assists. Gach’s point total could’ve been higher, but he spent a lengthy stretch in the second half setting up teammates like Medi Obang, who had 15 points and Agwa Obang, who had 12 points. 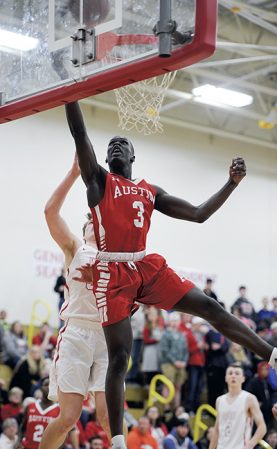 Austin’s Moses Issa gets two on the drive in the first half against Mankato West Tuesday night in Packer Gym. Eric Johnson/photodesk@austindailyherald.com

“We just need to get used to our new chemistry with the new guys,” Gach said. “I just want everyone to get some looks out there. They were switching up with their bigs on me.”

Gach had averaged 12 points per game in his first two contests, but Austin senior point guard Tate Hebrink knew it just was a matter of time before he got going.

“He was on a cold streak, but now he’s back,” Hebrink said.

Austin’s Duoth Gach pulls the trigger on one of his seven three pointers against Mankato West Tuesday night in Packer Gym. Eric Johnson/photodesk@austindailyherald.com

The Packers (3-0 overall, 2-0 Big Nine) forced 20 turnovers in the win and they turned the majority of them into breakaway scores. West (2-1 overall, 1-1 Big Nine) was within 20-18 halfway through the first half, but the Packers turned up the tempo to close the half on a 24-12 spurt that was capped by a buzzer-beating three by Agwa Obang.

Austin hit 17 threes as a team.

“I love our energy and I lover our tenacity, but we’ve got to find a way to rebound,” Austin head coach Kris Fadness said. “We’re forcing a lot of turnovers, we’re getting out and running, we’re utilizing athleticism tonight and we’ve got some kids that can stroke the ball. Duoth was pretty incredible tonight I thought and that opened up the floor.”

Hebrink, who had five points, five assists and two blocked shots, said the Packers are keeping their focus on the defensive end this season, knowing it will kickstart the offense. 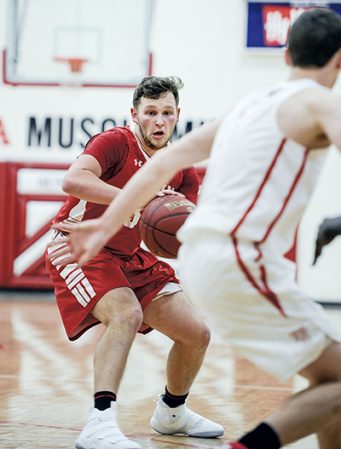 Austin’s Logan Braaten passes down low in the first half against Mankato West Tuesday night in Packer Gym. Eric Johnson/photodesk@austindailyherald.com

“It’s been going good,” Hebrink said. “Our defense always leads to our offense. We talk about getting stops and that leads to easy buckets and threes.”

Fadness was pleased with the effort of the entire squad in the win, but he’s hoping the Packers can start to pick it up on the boards.

“I thought Gavin Owens did some good things tonight and it was nice to see Agwa Obang give us some good minutes,” Fadness said. “I liked the energy, but their big kid was a dominant force out there tonight. [Michael] Sathoff has really improved his game and I think West did a lot of things, but tonight we just shot the heck out of it.” 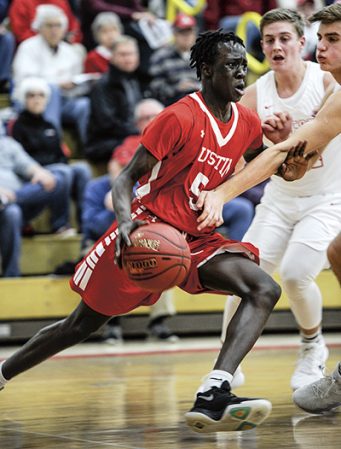 Austin’s Medi Obang drives the baseline in the first half against Mankato West Tuesday night in Packer Gym. Eric Johnson/photodesk@austindailyherald.com 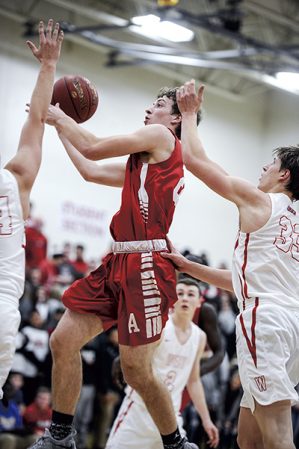 Austin’s Gavin Owens cuts to the basket during the first half against Mankato West Tuesday night in Packer Gym. Eric Johnson/photodesk@austindailyherald.com

The Austin boys hockey team couldn’t have pictured a worse start than it had against Rochester Lourdes, but it was... read more