2 arrested after allegedly passing out in van 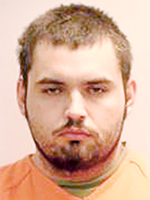 A man and a woman arrested on Thursday after a police officer found them passed out in a van appeared on Tuesday in Mower County District Court.

Brandon Lee Moseng, 23, and Shirleen Kathrine Voigt, 22, both of Austin, were charged with felony third-degree possession of methamphetamine in a park zone and petty misdemeanor possession of drug paraphernalia.

According to the court complaint, an Austin police officer responded to a report at 9:36 a.m. on Thursday of two individuals “passed out” in a van in the 1000 block of Second Avenue Southwest. The officer found a 2006 Dodge Caravan parked behind an apartment complex and saw Moseng and Voigt, both of whom allegedly appeared to be passed out inside. He allegedly saw a butane torch in the back seat area. 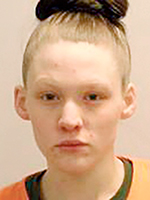 The officer knocked on the window and identified Voigt by name, according to the complaint. Voigt seemed confused, but said she and Moseng were just sleeping and denied using and drugs. Moseng allegedly admitted to using drugs the previous day and to having syringes in his pocket.

Deputies arrived on the scene and assisted in searching the vehicle. They allegedly found tubing, a torch, bottles, a jug of camp fuel, several syringes and a metal spoon.

Deputies also allegedly found a plastic bag containing about two grams of methamphetamine and a meth pipe on Voigt.

Moseng has prior convictions for drug possession, financial transaction card fraud and first-degree burglary. He is on parole.

Felony third-degree possession of methamphetamine in a park zone carries a maximum penalty of 20 years in prison and a fine of $250,000.

Moseng and Voigt will appear in court on Jan. 8.

CHICAGO — The good news for many in the Northeast and Midwest was that it has been a white Christmas.... read more