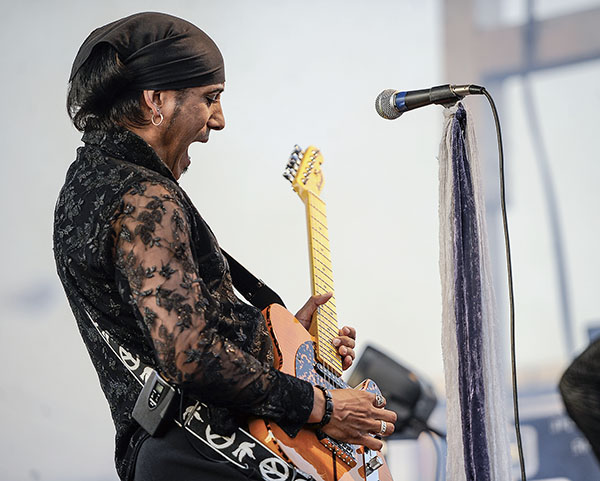 There is something to be said about a good piece of music.

A while back I was talking to Chase of Chase and the Ovation, a tribute act to the late Prince who performed at the Mower County Fair. It was a fun interview filled with all the things that reporters ask when talking to any kind of musical artist: What were your inspirations? What drew you to music? So on and so forth.

However, this conversation was better than most. Chase is an engaging, energetic man who wears his emotions on his shoulder. His answers were deeply thought out and resonated through his admiration ofPrince and the dedication to his music.

It was also an interview that often times became more chatty than anything. I can say that only one other time did I have a similar conversation and that was with The Gambler, Kenny Rogers, before his show at the South Dakota State Fair. An amazing personality, Rogers and I BSed behind the stage for a good 20 minutes, even joking about the possibility of letting him call my mom.

Unfortunately, that didn’t come to pass, though it would have been amazing to be a part of that. 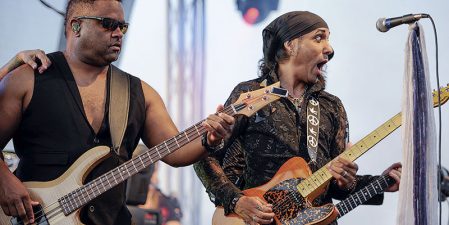 At any rate, something came up during the interview, something Chase said that really resonated in my mind.

It was when I asked him what drew him to Prince and why he thought Prince was so influential with so many people.

“It’s the uniqueness of it,” he explained at the time. “For me personally, it makes me feel something. I’m often asked, what’s good music? Music is good as long as it makes you feel something. His music reaches across every genre of music fan. You still turned your radio up to 10 when ‘Purple Rain’ came on. It grabbed me as a kid and never let go.”

Hearing him say this and knowing that he had the personal nod from Prince to perform his music, struck something in me.

He’s absolutely right. A piece of music, no matter what, should strike a chord otherwise, what is the point.

When I was younger, I pretty much closed myself off to the wider world of music just so I could continue listening to my beloved hair metal, a genre of music that was punctuated by big hair and tight pants if not for the music itself, party tracks playing to a wild night life.

It was the anthem for the decade really, even though I only listened in spirit. I wasn’t much of a party animal in those days. The music was brash, driving and often times over the top. I loved it.

But I loved only that. Any time somebody would try to turn me on to something else I replied with a stern, almost mocking, “Yeah, but is it Poison?” Or “Cinderella is far better.”

Eventually, my tastes began to open when I heard the industrial act Stabbing Westward for the first time. Harsh and brutal, the lyrics spoke not of a party, but a life going wrong.

I suppose I was somewhat angsty at the time as I struggled to find a place where I fit in, like many kids leaving high school for the first time.

From there, as I grew into who I am now and started meeting more people, the world of music began to open up. I fell in love with the soft and sweeping emotion of Enya, thrilled to the relentless Ministry and yes, even grew to develop an appreciation of country. Not a fan per say, but I can admit that Garth Brooks, Chris LeDoux and Diamond Rio are very, very talented.

Ultimately, I began to admit to myself that any kind of music can be moving if you let it and especially if it strikes a chord to a particular time in life.

Unfortunately, like so many in this world, I had to live through the events of 9/11. And right along with those events of the day and the tragic days to come, I can remember Live’s song “Overcome,” a strikingly sober song by a band known for its profound music and lyrics.

It wasn’t an anthem so to speak, but rather a simple statement of resolution. We will overcome.

Music for me has slowly become a major part of life even though any kind of guitar playing I would hammer out would rather sound like the slow torture of a cat.

I am terrible. Seriously horrible. I was so bad in fact that when I played the monstrosity of a trombone in high school, I had to have the band director write slide positions over the notes, because I simply had no idea what I was doing.

I was better off trying to learn Latin than music.

Music should be a soundtrack to aspects of life you see fit so find that song, crank the volume and just let it take you away.