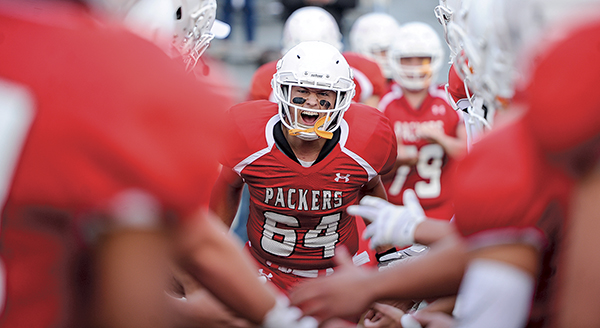 The Austin defense wasted very little time showing that it meant business in its football opener against Rochester Mayo in Art Hass Stadium Friday. The Packers got things rolling with two quick defensive touchdowns in the game’s first 10 minutes and it rolled past the Spartans 40-21 to start the season on a high note. 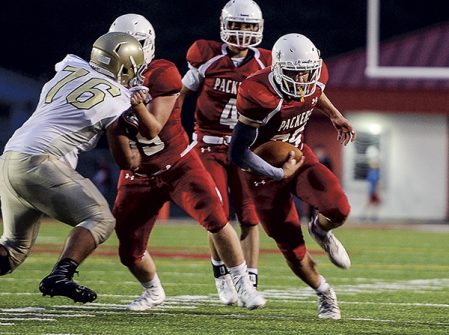 Austin’s Eli Marks recovered a fumble in the end zone for a TD on Mayo’s opening possession, Kaden Igou blocked a punt and then ran it back for a TD on the Spartans’ next possession and then the Packers recovered an on-side kick that led to Luke Hawkshead hauling a 19 yard TD pass from Tate Hebrink. In just 23 minutes of real time, the Packers held a commanding 20-0 lead.

After not going out for football last season, junior Joe Seeman made a big impact for Austin. He had six tackles and a sack, while also rushing for 63 yards and a TD.

“It felt great to be back out there. I loved it,” Sieman said. “We got that turnover right away and we were pumped. It set us up for the whole game.” 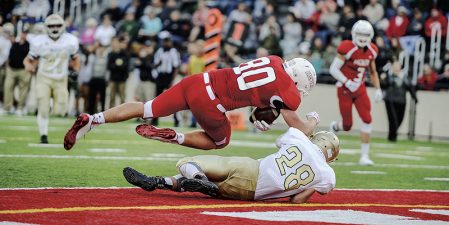 Seeman was one of many players who made big plays for the Austin defense, which forced seven Mayo turnovers. Hunter Guyette picked off a pass and Sam Johnson, Isaac Kenyon and Andrew Chesak all had fumble recoveries.

“We played hard, we did a good job and we got some turnovers. It was one of our best defensive performances in years,” Austin head coach Brett Vesel said. “Seeman, Chesek and [Pete] Conner did some nice things, Kaden had a good game, Hunter and Carlos [Botelllo] played well on the perimeter and up front those guys played tough. It was good all the way around.”

Austin (1-0 overall) led 40-6 before it pulled its starters and the Spartans (0-1 overall) were able to get a couple of scores against the Packer second team defense. Austin’s starting defense had held Mayo to just 43 yards on the ground. 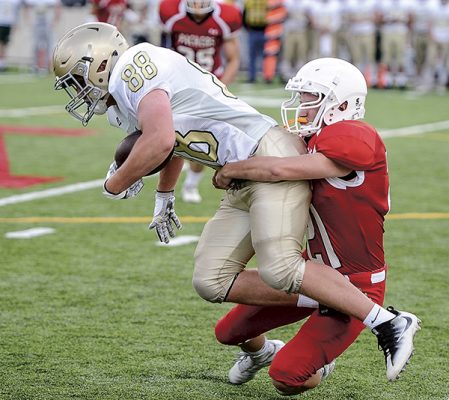 “We plugged up the line and made them go outside,” Johnson said. “We stopped them and they decided to stop running. It’s all about momentum and we started strong.”

Austin’s offense had some big plays in the passing game as Hebrink threw for 229 yards and three scores, but the Packers also had a little trouble with their timing early on.

“We had some chances were we dropped a few balls and we missed a few blocks,” Vesel said. “They started blitzing every play when it was 33-0 and they had nothing to lose. We’re not going to start winging it around when it’s 33-0.” 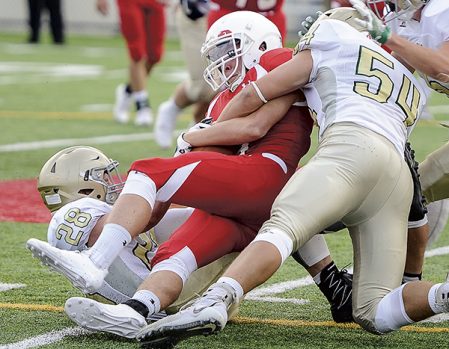 Austin junior Connor Byram had a big game as he hauled in four passes for 105 yards. 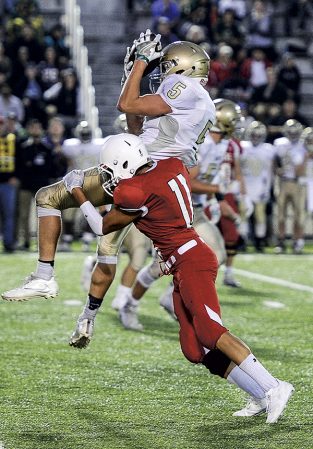 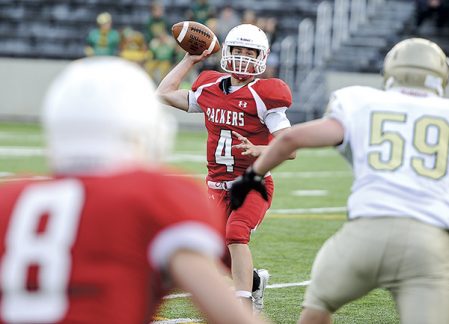 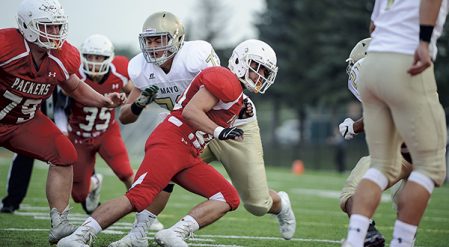 The LeRoy-Ostrander football team opened its season with a 56-0 win over West Lutheran on the road Friday. Trey Hungerholt... read more