Austin mother sentenced to prison; Woman had more than $154K in meth in her possession 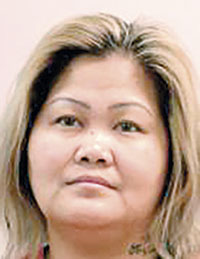 Phaengdy Khamda, 36, of Austin was sentenced to 64 months, or five years and four months, in prison for felony first-degree drug possession of 50 grams or more of cocaine or methamphetamine on Friday in Mower County District Court.

She received a concurrent sentence of one year in jail for gross misdemeanor child endangerment-permitting a child to be present during sale or possession of controlled substances. She received credit for 120 days served.

A charge of felony storing methamphetamine paraphernalia in the presence of a child and three charges of gross misdemeanor child endangerment were dismissed as part of a plea agreement.

According to the court report, officers executed a search warrant at Khamda’s residence on the 600 block of 10th Street Northeast at approximately 1:09 p.m. on Jan. 9.

Police uncovered about 1,545 grams – about 3 ½ pounds – of methamphetamine. They also found methamphetamine pipes, plastic bags, a digital scale and $926 in cash.

The estimated street value of the drugs was $154,500, according to an Austin Police narcotics officer.

Three of Khamda’s children were removed from the residence at the time of the arrest. They, along with a fourth child, were placed with her sister. The children ranged in age from 2 to 11 years old.

Detectives interviewed the three older children separately. One of the children knew that Khamda had drugs in the house and was selling them.

Another child had witnessed sales, but did not know that Khamda was selling drugs.

Man uses garden hose to puts out fire near house, blames his dog