Summer Slam: Krell has made a big push on the wrestling mat for Westfield 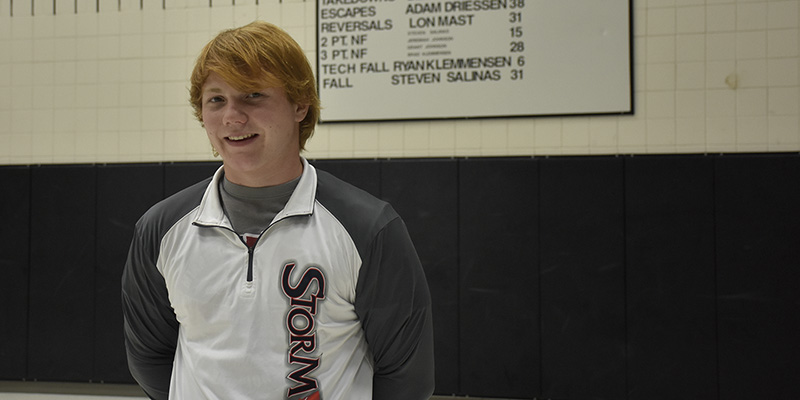 Colton Krell, who will be a sophomore at Blooming Prairie High School this fall, hasn’t slowed down after taking fourth at 160 pounds at the Minnesota Class A state wrestling meet last sesaon. Krell has been busy this summer wrestling in tournaments across the country. Rocky Hulne/sports@austindailyherald.com

BLOOMING PRAIRIE — From the day he started wrestling, Colton Krell always had the desire to find success on the mat and he’s made some big strides over the last two years.

Krell, who will be a sophomore at Blooming Prairie High School this fall, made the Minnesota Class A State Wrestling Meet as a freshman for the Westfield Razorbacks last season and he took fourth place at 160 pounds.

He wasn’t always that successful. Krell had some struggles when he first began wrestling at the youth level and he was just 5-12 overall in his seventh grade season for the BP varsity team.

“My parents got me into [wrestling] at age four and I wasn’t very good. I was really soft and uncoordinated. In fifth grade I got an attitude and in sixth grade I got really strong and I kept getting better and better from there,” Krell said. “In seventh grade I got the crap kicked out of me in every match. I learned to keep my head into it and to keep going and I had a good year as an eighth grader.”

Krell was able to find motivation from a very big source, his older brother Dalton Henderson, who won a state title for Owatonna in 2010 when he beat Austin grad Michael Hirsch in the Class AAA 189-pound title match. Henderson still gives Krell pointers and the two recently met up in California to get a workout in together. 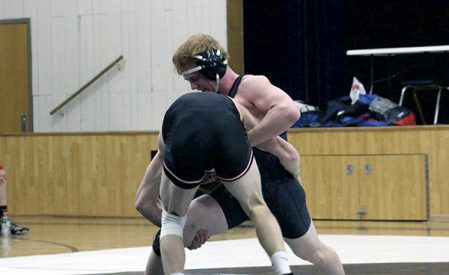 “[Dalton] has a lot more aggression than I do. He’s kind of a big bully out there,” Krell said. “I don’t have the attitude he did and I’m trying to work more on finesse and speed, but he taught me a lot. He teaches me a lot of moves and he really knows his stuff. Anything any coach tells me, he’s told me before, but hearing it from a second person really makes it stick.”

Krell has dedicated himself to wrestling this summer as he’s competed in multiple tournaments and camps. He’s also decided to run cross country in the fall to keep himself in the best possible shape for wrestling.

This summer Krell took second in the 15-18 year old bracket at the Corn Cob Nationals in Des Moines, Iowa and he took second at the state tournament in Monticello, which qualified him for Team Storm. Krell traveled with Team Storm to Pennsylvania, where he went 2-2 in Greco and 4-0 in freestyle. He also competed in Virginia Beach, Virginia and the Northern Plains Regional Championships in Rochester.

“This summer I’ve gone to a lot camps and I’ve wrestled in as many tournaments as I could find,” Krell said.

When not attending tournaments or camps, Krell has trained in Stewartville with Albert Lea’s Zach Glazier, who took second at 152 pounds in Class AA last winter. Krell said this summer’s training, with the combination of him mixing it up with Hayfield wrestlers on the Westfield Razorbacks during the winter has helped him become a much better wrestler.

BP and Hayfield combined their wrestling programs to form Westfield this past season and the co-op is expected to last.

“We’ve had a lot more competition in the wrestling room [as Westfield] and it’s been great,” Krell said.

Krell said he wasn’t fazed by his first state meet, but it did motivate him — especially after he saw Kenyon-Wanamingo’s Tyler Ryan win the Class A 152-pound title. Krell had beaten Ryan in the Section 1A Team Tournament.

Krell will likely be in the mix for a state title of his own this winter as he plans on staying at 160 pounds when he wrestles for Westfield.

“It made me mad and it made me more determined when I saw [Ryan] win state,” Krell said. “It made me want to come back and get it.”