Psssst: Pillars of the City leaders have a secret; Committee to unveil second-year honorees on Tuesday 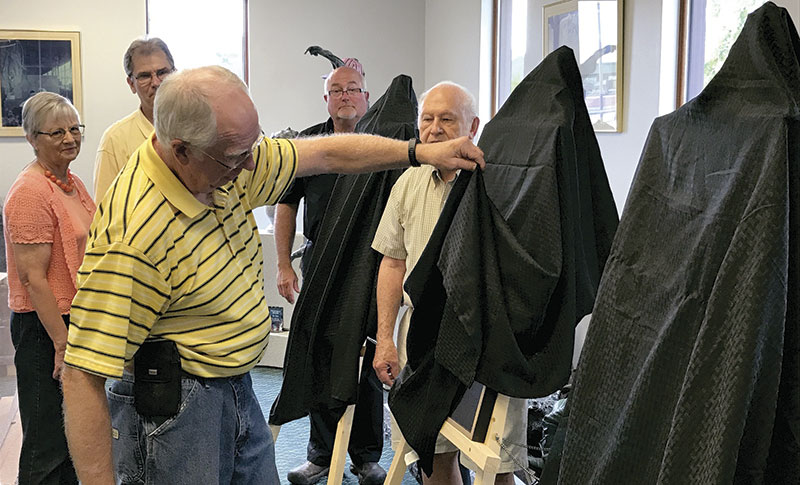 Everybody loves a secret.

Whether it involves keeping one or finding one out, secrets can make for good stories.

And the members of the Pillars of the City Committee have a secret that they will not share — at least not yet.

The secret: They know who the next Pillars of the City will be.

The committee members may be tight-lipped about this year’s plaques for now, but all will be revealed when the new Pillars of the City plaques are unveiled at 1:15 p.m. on Tuesday from the Bandshell Park stage during Freedom Fest.

“What’s great about this project is it gives the opportunity to share some things with people that they may not know,” said Pillars of the City Committee Chairman Steve Kime. “Things like history, particularly people who made a difference in the City of Austin.”

The Pillars of the City was started as a means to honor influential members, both living and deceased, who have had an impact on Austin. The program is only in its second year. 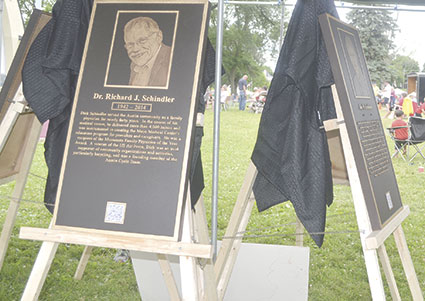 The plaque for Richard Schindler sits on display at Bandshell Park. He was one of five recipients of the Pillars of the City award last year. This year’s recipients will be announced Tuesday. Herald file photo

Last year, plaques were unveiled for George Hormel, Jay C. Hormel, Dr. Richard Schindler, Richard Knowlton and Jon Erichson. All were hung on the flood wall, where the new pillars will be hung in the days following Tuesday’s unveiling.

This year, three new pillars will be unveiled. The nine-member Pillars of the City Committee chose them from 33 nominations last year. After selecting them, the committee commissioned the plaques and researched and wrote the biographies for the chosen individuals.

Kime encourages the public to attend the unveiling.

“We want the community to participate and be aware and, in the end, see these plaques displayed on the flood wall where they will end up,” he said. “It is a great tribute to those folks.”