Milli ‘will be greatly missed’

Sgt. Joe Milli will work his last day with the Austin Police Department on Sunday. 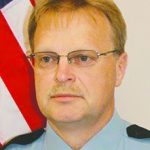 According to Krueger, Milli started with the APD as a patrolman on the night shift. He was promoted to sergeant in February 2010 on the day shift.

During his time with the APD, Milli served as a range master and member of the Special Incident Response Team (SIRT). He was also involved in the Toward Zero Deaths drunk driving enforcement program.

Milli did not wish to be interviewed.