A 31-year-old man is facing charges for allegedly sexually assaulting a young child. 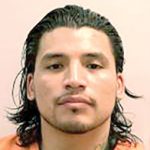 According to court records, Austin police and Mower County Human Services received a report in 2014 that a child under age 5 had been sexually assaulted.

While the child was only able to disclose some information at the time, the child was later able to tell more of what had happened in summer 2016.

Burciaga will appear next in court on July 17.