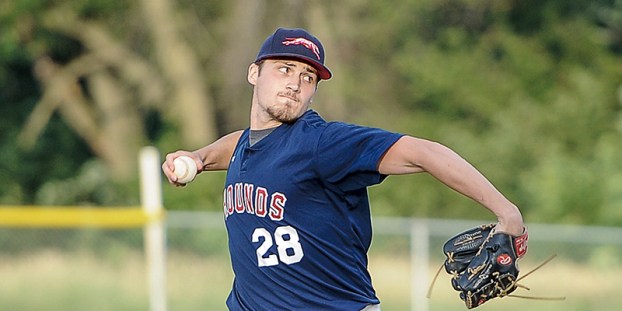 Hounds break into the win column against Red Wing Aces

Austin native and former Kansas State University player Steve Serratore was back where he learned the game of baseball and he helped the Austin Greyhounds snap a 10-game losing streak as the Hounds beat the Red Wing Aces 7-0 in Marcusen Park Wednesday.

Serratore went one-for-four at the plate, but he made his biggest impact on defense when he ended a possible Red Wing threat in the sixth when he made a sprinting catch in deep right field near the fence and he threw to second to end the Red Wing side.

“I don’t know what I was doing, I was just glad I made that throw to second,” Serratore said. 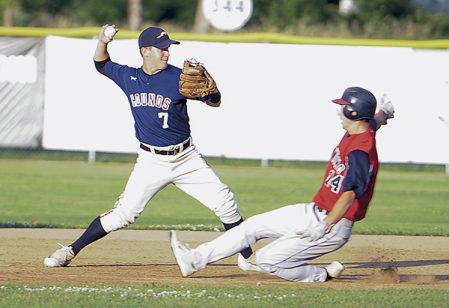 Serratore played his last three seasons at KSU, which went 29-26 overall this past season and his run was marred by injuries. This past spring, he was able to start 49 games as he hit .292 with six homers, nine doubles, two triples and 42 RBIs.

Serratore said it was tough to see his college baseball career end, but he enjoyed his time with the Wildcats.

“You just have to deal with adversity, and that’s in life in general,” Serratore said. “I wish I could’ve been healthier and maybe played some pro ball and done some things there, but it was a blast. They’re getting a lot better and we had a good year in a competitive league.”

Serratore relished his chance to play in Marcusen on Wednesday. He used to play with and against Hounds teammate Tyler Nelson, who went four-for-five with two RBIs against the Aces (6-8 overall), and he’s coached some of the younger Hounds’ players.

“It was fun. It’s been a long couple of years down [at K State] and I was kind of on the fence about playing [this summer],” Serratore said. “It’s fun to get a chance, even if it’s just five or six games a year, it’s fun to come back and play with guys you’ve known for a long time.”

Andrew Clemen, a former South Dakota State University pitcher, picked up the win for the Hounds (1-10 overall) as he scattered nine hits and struck out eight in seven innings of work. 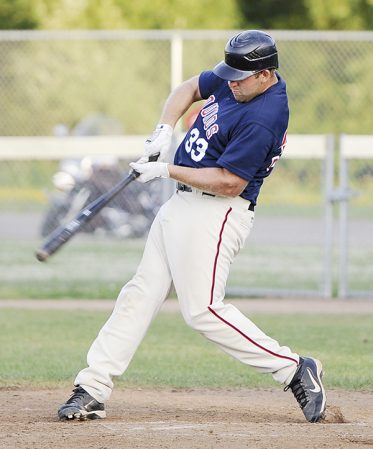 The Greyhounds’ Mark Harber lifts a ball during an at-bat against Red Wing Wednesday at Marcusen Park. Eric Johnson/photodesk@austindailyherald.com

Hounds coach Jamey Pratt said it was good to get back on the winning track.

“Andrew’s been solid for us every game that he’s pitched for us. We finally got him an early lead and he did what he’s been doing all season,” Pratt said. “It was good to have everybody back with a solid lineup. We’ve been pretty young and it was good to have Steve Serratore back. It’s good to put a complete game together.”

Brian Arden Anderson was a lost man, his sister Vicki will tell you, a victim of tragic circumstances few ever... read more