What’s to blame for Twin Cities traffic congestion? Is it regional growth or bad public policy? 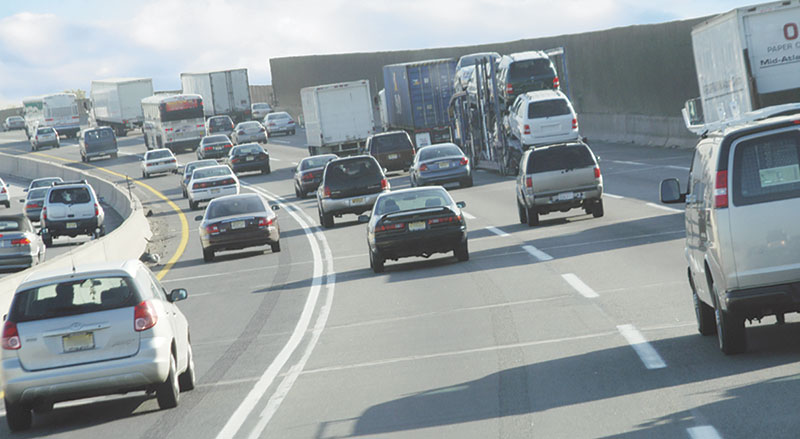 Congestion on metro area freeways has reached record levels, and a Twin Cities think tank says bad public policy and not regional growth is to blame.

In a report called “Twin Cities Traffic Congestion: It’s No Accident,” author Randal O’Toole squarely points the finger at the Met Council and the Minnesota Department of Transportation, claiming the agencies have shifted their priority away from congestion mitigation to encouraging commuters to use public transportation and other alternatives to driving.

The report released Monday coincided with the kickoff of the Center of the American Experiment’s summerlong campaign to draw public attention to what it sees as the causes and effects of Twin Cities traffic congestion. It will include billboards, bumper stickers and radio ads with a goal of encouraging MnDOT and the Met Council to build more traffic lanes to keep commuters out of gridlock.

“They want to spend billions on trains and bike paths that will never carry more than a fraction of commuters,” said the think tank’s President John Hinderaker. “That is the policy that must change.”

The call to build more traffic lanes comes as MnDOT’s 2015 Metropolitan Freeway System Congestion Report found that freeways were clogged 23.4 percent of the time during rush hours, the highest percentage since the agency started collecting data in 1993. The MnDOT report also said the agency expects congestion — defined as when traffic moves at 45 miles per hour or slower — to worsen in the coming years as the population grows and increased demand pushes the system closer to capacity.

All the more reason to build more lanes, the think tank said. It found that the number of hours Twin Cities motorists waste sitting in traffic doubles every 11 years and hit 47 hours in 2014 with tie-ups collectively costing drivers $4 billion. The Twin Cities is now the 17th most congested urban area out of 52 large urban areas, the think tank said, up from 35th in 1982.

That No. 17 ranking is consistent with other indexes such as those put out by the Texas A&M Transportation Institute, INRIX and organizations that study mobility. But other cities such as Kansas City and Indianapolis have fared better at reducing congestion by building more traffic lanes, the think tank’s report said.

As the metro region expands and the population grows, the push for more lanes seems plausible, but that is not a reasonable solution, said Yingling Fan, a researcher with the Humphrey School of Public Affairs at the University of Minnesota. Transit has to remain a big piece of the puzzle, she said, as buses and trains at rush hour can move the same number of people as 1 1/2  traffic lanes.

“It’s much more complicated,” Fan said. “Congestion is not just related to traffic lanes. People need to consider other dimensions when looking at transportation problems.”

She said building high-density housing near transit lines — something the Met Council is doing — is part of the solution to curb the area’s traffic snarls and keep more cars off the roads.