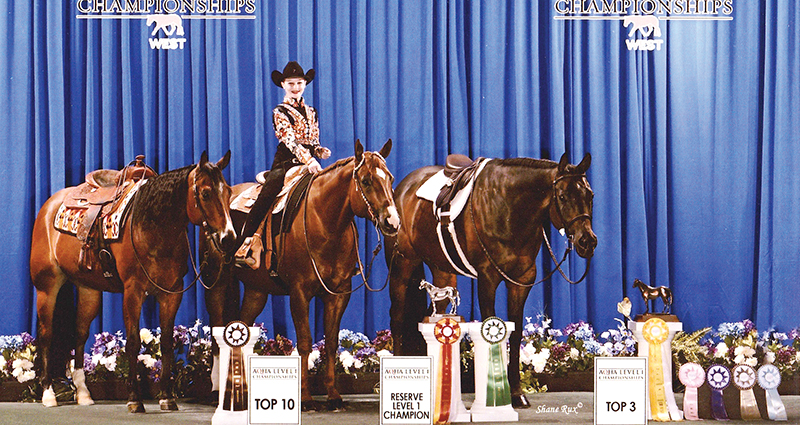 Maddie Passmore is the great-granddaughter of Ilene Leimbek and Don Hoban of Austin, Minnesota. She competed at the American Quarter Horse Association Level 1 Championship held in Las Vegas.

In the Level 1 Championship West, she competed and placed in Performance Halter Mares, Showmanship, Hunter Under Saddle, Trail, Halter, Ranch Riding, Rookie Equitation and 13 and Under Hunter Under Saddle. She received a silver trophy and ribbon for second place in Performance Halter Mares to win the title “Reserve Level 1 Champion,” a very coveted title. She also won the bronze trophy and ribbon for third place showmanship. She placed in the top 10 in every class she entered except one.

There were 20 to 43 competitors in the classes she placed. Many of the riders have been riding much longer than she has.  Also most of the competitors only ride one horse but Maddie rides three, which takes talent, dedication and training. She has been riding since she was 8 years old and absolutely loves it.  She was thrilled to have had her great-grandmother and other family members from Minnesota  come cheer her on in the championships a year ago in Las Vegas.

Not only does Maddie enjoy competing with her horses,  she loves to sing as well.  She recently entered a national singing competition and was selected to perform, with other eighth grade classmates, at Carnegie Hall this summer. 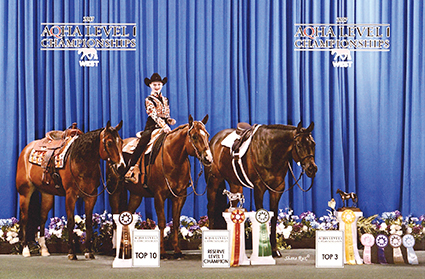