A 32-year-old Austin man has been charged with four counts of first-degree criminal sexual conduct on accusations he engaged in sexual acts with a girl. 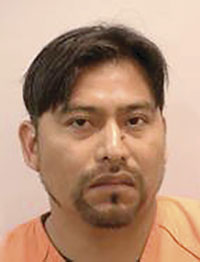 Samuel Mejía Garcia, 32, was scheduled to appear in Mower County District Court Tuesday on the charges.

According to court records, the incident came to light after the victim, now a teenager, disclosed the abuse to someone at a church event in Austin.

The abuse allegedly started when the girl was in third grade and has continued since.