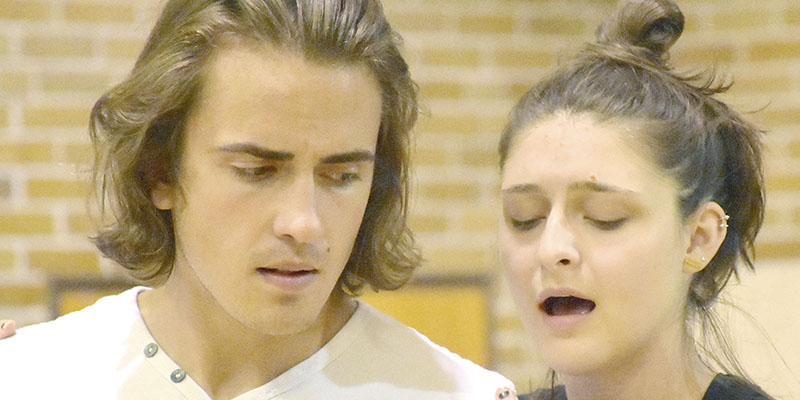 A new St. Ansgar, Iowa-based theater company, whose ranks include talented college performers from across the country, will soon bring a lively round of musicals and children’s theater to the area.

The company is unique in the Midwest: The resident company follows the style of summer stock, more often seen on the East Coast, where troupe members live together, rehearse on a short schedule and produce shows during the summer months, most often in resort areas.

Cedar Summerstock is filled with college students who are intent on careers in the theatre. Out of 45 applicants who submitted video auditions, 10 were chosen to be part; three others are working on technical crews. They come from as far away as Washington, Georgia, Texas and New York. Their time in St. Ansgar is an extension of their college work and students had to have had one year of college to be eligible.

Managing director and founder Nancy Nickerson Lee, a St. Ansgar native, has no doubt that Midwest audiences will find their productions “as good as any that you could find in the Twin Cities.”

“You would not believe the talent that we have,” she added. 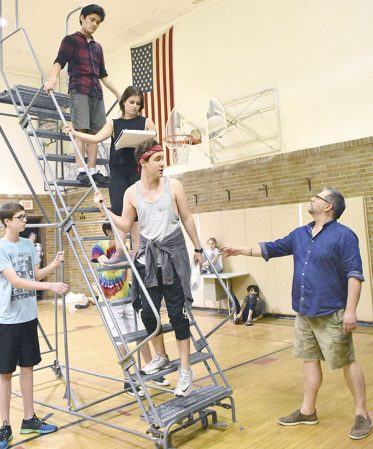 That includes the professionals who have stepped forward to direct or provide technical expertise. Lee’s long and successful history of theater direction at Twin Cities’ high schools has provided a lifetime of friendships, and some of those talented colleagues will direct, or be part of the technical crew.

One is John Lynn, who directs the first production. He has guided productions with the Children’s Theatre Company; he is artistic director and co-founder of the much-acclaimed FLiP Theatre Company. He also has worked on shows for the Southwest Summer Theatre and the Guthrie Theatre.

“Superstar” choreographer, Mathias Anderson has worked on Guthrie shows such as “The Music Man” and “South Pacific,” and at Chanhassen Dinner Theater shows. Lightning designer Sue Ellen Berger’s full-time job is at Chanhassen, but she has done scores of others at other prominent theaters and teaches lighting design at Concordia College in St. Paul.

And then there is Lee: She has over 30 years as a performing arts educator, and manages the performing arts department at Minneapolis-Washburn. She is also an adjunct professor at St. Olaf College. She earned an honorable mention from the Tony Awards for Excellence in Theatre Education, among other awards. And, talent runs in the family — her son, Lars, will play Jesus in “Superstar.”

It will not be an easy summer for the troupe. A week and a half of practice is not unusual for summer stock productions, Lee said.

The actors arrived on June 18 “book ready” with scripts, and plunged into a two-hour music rehearsal the very night they arrived.

“These kids will be rehearsing night and day” until the show opens, she said.

In other words, “intense” doesn’t really cover it. Rehearsals for their other shows, which includes the children’s show, “James and the Giant Peach,” “The Music Man,” and “The Best of Broadway Revue,” slated to end the season and directed by the students, are already ramping up.

Most of the production, and lodging for the troupe, is staged at the former St. Ansgar Elementary School, which is today owned by the non-profit, St. Ansgar Historic School Project. Some classrooms in the 1928 building have been turned into dorms and a lounge; rehearsals take place in the school gym, where meals are also served by volunteers, including members of the Mitchell County Fine Arts Council. The show then moves to the CRC in Osage for the actual presentation.

David O’Connell, from Newport, Rhode Island, was one student who opted to spend his summer — on his own dime — as part of the new company. In fact, that intensity was part of the reason the 21-year-old actor wanted to apply. He will play Herod in the production of “Jesus Christ Superstar.”

“The stamina it takes, the demands on the people — it can be exhausting, and challenging,” he said. “But you want to have that, that training.” O’Connell attends the University of Minnesota/Guthrie Theatre BFA Actor’s Training program.

“I wanted to be a part of this, a new company, and I have been overwhelmed by the generosity and kindness of the people here — and that is why this is going to work so well,” he added.

One local volunteer is Marti Steele, a St. Ansgar resident, who acts as combination den mother and cook for the group, along with friend Julie Morische. The group worked to clean and outfit the dorm rooms for the actors as well.

“I think it is so unique,” Steele said. “Who would think to come to small town Iowa and do something like this?” Her daughter, Maggie, also has a passion for the theater and will be part of “The Music Man.” Other local actors will  be seen in productions, Lee said.

Mitchell County Fine Arts Council member Bryan McKinley said that “it was perfect timing,” for the theater, prompting him to think some things were meant to be.

Since then, he said, momentum for its success  is starting to build. He said when sponsors were sought for each student — people who could serve as second families to the kids — “we had absolutely no problem finding them; people just stepped right up.”

Jeremy Berdin, 19, chose to spend his summer in small town Iowa — although it is familiar ground. The Seattle resident attends a BFA program at Drake University in Des Moines.

“I liked the idea of a fast-paced program,” said Berdin. “It is a chance to build my skills.”

“At first, we looked in the lakes region, thinking we needed to be near a resort,” she said.

But then she heard of the school — it must have been serendipity, she said — in her hometown. Then, she said, they visited the CRC.

“We walked in and were blown away,” she said. “We couldn’t believe a small town like Osage would have this state-of-the-art theater.”

She applauded the council and the St. Ansgar Historic School Project, whose board of directors embraced the concept. Board member Amber Kimber said fellow board members continue to “field requests everyday” to use the building for class reunions, birthdays, and other gatherings. For right now, the group and volunteers are considering different functions for the space and no hard decisions have been made about things that might be housed there. The group only got possession of the building in April, she said, so things are all fairly new.

For now, the board could not be happier than having the school be home to a theater company for the summer.

And the theater group is just as thankful, said Lee.

“The people of St. Ansgar have been so gracious; when in Osage, we keep expecting Andy (Griffith) to come out at any minute — the towns are both so endearing. We really love it here,” she said.

O’Connell said it was a mutual admiration society of sorts.

What you should know if you go

Shows, all performed at the Krapek Family Performing Arts Center at the Cedar River Complex, Osage