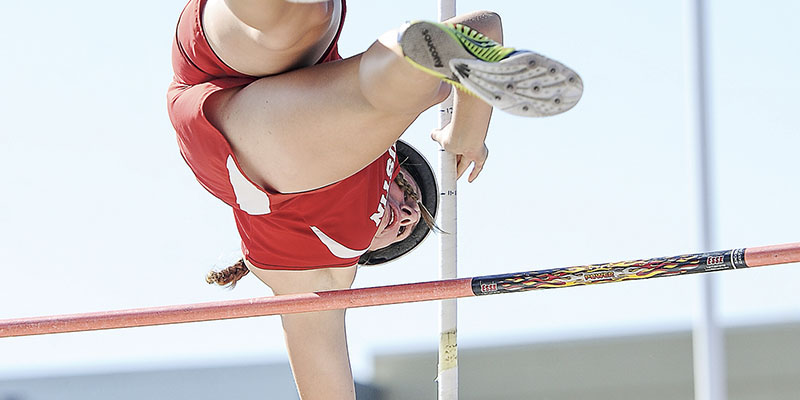 Austin’s Sydney Marsh goes up and over in the Class AA pole vault finals Saturday at the Minnesota State Track and Field Meet at Hamline University in St. Paul. Eric Johnson/photodesk@austindailyherald.com

Hansen earned her way to the podium twice at the Minnesota Class A State Track and Field Meet and graduated from Austin High School on Friday night.

On Saturday morning, she took sixth in the shot put at state with a distance of 40 feet, 10.25 inches. She had taken fourth place in the discus Friday. 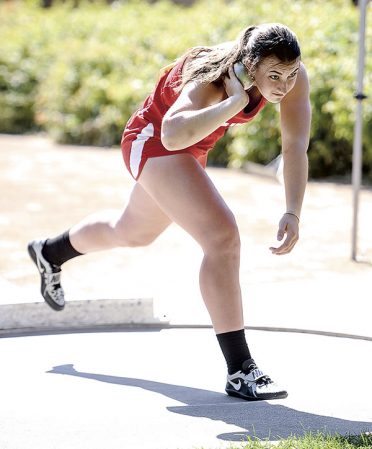 Austin’s Amber Hansen moves to throw in the finals of the Class AA shot put Saturday in the Minnesota State Track and Field Meet at Hamline University in St. Paul. Eric Johnson/photodesk@austindailyherald.com

“It was absolutley ridiculous how much energy and celebration there was,” Hansen said. “There were also some nerves. It was a pretty fun weekend.”

Alexandra Hurst of Robbinsdale Armstrong won the shot put with a distance of 45 feet, 4.75 feet.

Hansen finishes an outstanding throwing career with the Packers as the school record holder in the shot put and discus and she’ll compete at the University of North Dakota next season.

“I’m very satisfied with how I left this season and how I’ll leave this track team,” Hansen said. “I’m satisfied with the legacy I’m leaving behind.”

Austin junior Sydney Marsh also got on the state podium for the first time as she finished fifth in the pole vault, but it didn’t come without a little drama. 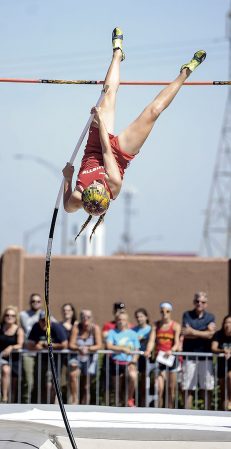 Austin’s Sydney Marsh makes a push for 11 feet, six inches during the finals in the pole vault at the Minnesota Class AA State Track and Field Meet Saturday at Hamline University in St. Paul. Eric Johnson/photodesk@austindailyherald.com

Marsh was on her third attempt at 11 feet on the pole vault when she watched heavy winds blow over the timing table and blow the bar off the pole vault set up.

When Marsh finally gathered her nerves to make her attempt, she cleared the height of 11 feet to tie her persosnal record, until the wind blew the bar off again. After a short discussion, the judges ruled that Marsh’s vault would count.

“I really needed to focus on my vault and when it came down I really did not know if it was going to count or not,” Marsh said.

Julia Fixsen of Mounds View won the pole vault with a height of 11-6. That is the height, which is also the same as the AHS school record, Marsh will be chasing next year. 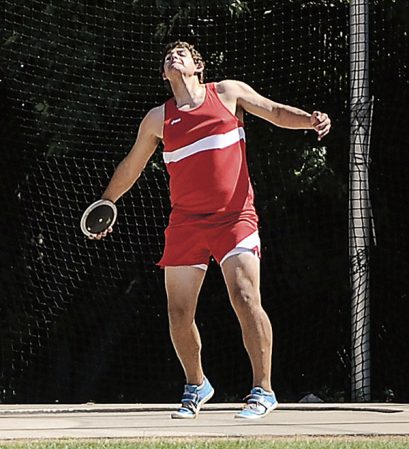 “I’m really motivated now and now I’ve only got to go six more inches to tie the school record,” Marsh said. “That’s my goal for next year.”

Austin senior Pat Hagan finished 15th in the discus with a distance of 138 feet, two inches. While he was hoping to throw a little further, Hagan, who will throw at the University of Sioux Falls next season, enjoyed his time at the state meet.

“It was an awesome experience,” Hagan said. “I haven’t really thrown against such great competition and it’s nice when 140 doesn’t make finals. It was fun to go against such good throwers and it motivates me to get better.”

Jake Kubiatowicz of North Saint Paul won the discus with a 194-6. 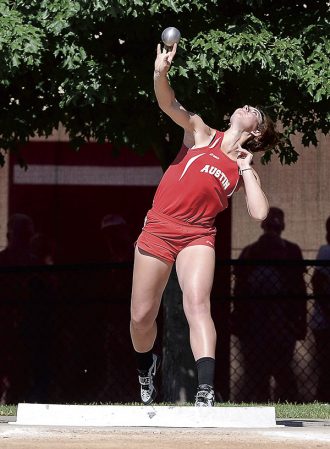