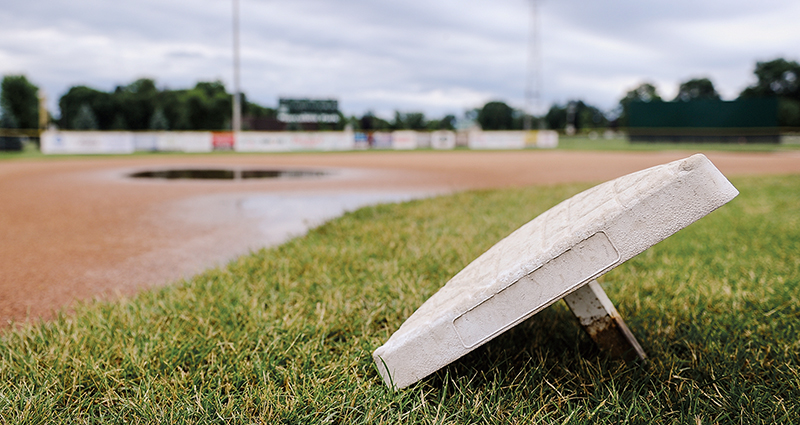 Third base rests on the Marcusen Park infield grass while in the background, water gathered after heavy rains Thursday morning. Photos by Eric Johnson/photodesk@austindailyherald.com

Heavy rains Thursday morning and the chance of more rain Thursday night forced a delay in the first day’s games of the Spamtown Challenge.

Friday’s schedule now will have the Greyhounds playing St. Louis Park at 6 p.m. tonight followed by their game against Joliet at 8 p.m. The Rochester vs. Westmont, Illinois game, which was supposed to be played at 8 p.m. Thursday will move to 8:30 p.m. at Dick Seltz Field at Riverland Community College.

The full schedule can be found by going to www.austingreyhoundsbaseball.com and clicking on Spamtown Challenge.

The rain also affected the Austin Post 91 Legion game against Rochester, which was to be played Thursday. That game has been moved to Monday. 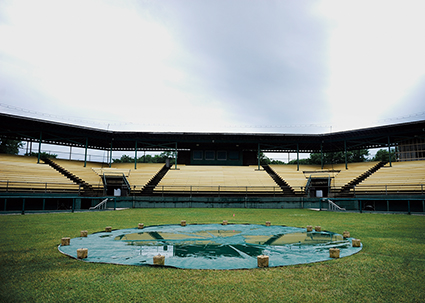