Gov. Mark Dayton’s May 30 move to cancel funding for the Legislature’s operations in the coming four years was intended as a ploy to reopen budget negotiations without risking a government shutdown. But it’s so unprecedented, and so constitutionally questionable, that the tactic itself is now the prime focus of state political attention.

That’s unfortunate, because the point Dayton sought to make is too important to be lost. The 2018-19 budget as passed by the GOP-controlled Legislature — and for the most part signed into law by Dayton — is too shaky for comfort.

While Minnesota Management and Budget (MMB) has not yet issued its official projection of the budget’s bottom line, Commissioner Myron Frans said last week he expects that in 2020-21 and beyond, it would put the state general fund in the red. In 2018-19, projections show that the $45.6 billion 2018-19 budget leaves just $7 million on the bottom line, Frans said — and that’s based on a forecast that assumed that Congress would enact economy-stimulating tax reform and infrastructure investment this year. Both of those assumptions are far from sure bets.

Dayton’s criticism of the budget centered on the tax bill. Our critique starts there, too, but goes further:

— At $650 million over two years, the tax bill is $300 million larger than the one the Star Tribune Editorial Board proposed in April as affordable. The tax bill contains a number of reductions that grow rapidly in succeeding years. For example, freezing the statewide business property tax by removing its automatic inflater takes only a projected $10.2 million out of state coffers in 2018-19. But that bite grows to $84.6 million in 2020-21 and climbs to more than $425 million in 2026-27, MMB projects.

MMB’s nonpartisan finance professionals have projected a similarly steep climb for the bill’s estate tax cut, which doubles in impact from the coming biennium to the next one, and the tobacco tax changes, which more than triple in size between 2018-19 and 2020-21. Also worrisome is the decision to cut taxes on Social Security income — albeit modestly — just as the share of the population receiving those benefits is due to significantly grow.

With so much uncertainty in Washington and the current economic expansion now nearly the longest in the modern era, this should not have been the year for a large tax cut — especially in a budget that includes other risky moves:

— The decision to tap the state’s general fund for transportation is one we reluctantly supported — provided that the tax bill and other spending bills were reined in to modest levels. In several cases, they were not. Political pressure for a sizable K-12 spending increase evidently proved irresistible, producing a bill nearly $200 million larger than we recommended for 2018-19. The higher education, public safety and environment bills were also larger than seems prudent in a biennial budget that also includes $300 million for transportation.

These bills pay for basic state services on which Minnesotans depend. Their spending increases are justified on their merits. That’s why we preferred using a gas tax increase, not the general fund, to pay for road and bridge improvements. Opting to keep spending increases near their normal levels while also paying for roads and bridges is a gamble.

— The new human-services budget was built with a $350 million infusion of what amounts to one-time money under current law. It comes from the special fund created in 1992 to finance MinnesotaCare, the state-subsidized health insurance program for the working poor. That fund’s revenue source, a provider tax, is due to disappear at the end of 2019.

The Legislature not only rejected Dayton’s plea to extend the provider tax, but also made commitments that would drain the fund dry in four years. Some of those commitments are for services to the frail elderly and disabled, a population that’s swelling as baby boomers move into their 70s. The need for those services won’t go away; the revenue source that pays for them shouldn’t, either.

Whether in a special session in coming weeks or the resumption of the regular session in 2018, Dayton and the Legislature’s GOP majority ought to jointly own up to the fiscal weakness in the budget they’ve built and take steps to strengthen it. Dayton’s line-item veto of the Legislature’s budget has not been an effective prod to action to date. It will be a shame if it takes the return of agonizing state budget deficits to put fiscal prudence back in vogue among state politicians. 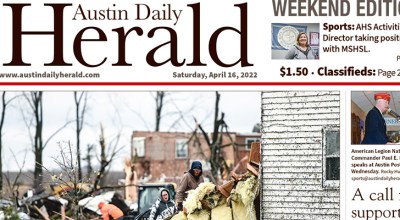